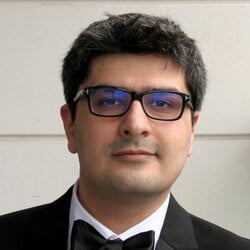 Professor, researcher and President of the American Nano Society speaking about science and education policies

Request fees and availability
Keynote speaker Ali Eftekhari is a professor of chemistry who has held senior executive positions 20+ years and on 4 continents developing science and education policies at both the institutional and national level. Ali is passionate about knowledge management, entrepreneurship (particularly academic startups) and gender equality.

Unbelievable as it may seem, speaker Ali Eftekhari started studying chemistry at age 8 and was already auditing university courses at the age of 11. He completed his first independent research project (published in a leading journal) by 15, and earned his PhD at age 23. He was then promoted to full professor at the age 27. During this time, Ali was constantly involved in executive posts with the intention of building an appropriate infrastructure for young students. In 2005, Ali trained 6 MSc students with no background in electrochemistry to deliver 11 lectures at the annual meeting of the International Society of Electrochemistry (the largest event of the field). The team of young students (in their early 20s) impressed the world-leading scientists to establish the Society’s local section by the next year.

In another of Ali’s projects Ali made great achievements in improving gender equality in Africa where the gender ratio is below 1:10. Ali Eftekhari was able to help a school reach record high gender ratios of 1:1 and 3.5:10 for staff and students respectively. A passionate change-maker in the world of education, Ali has advised governments at the top level on how to make education practical and targeted for the workplace. Speaker Ali Eftekhari has also founded two internationally recognised academic schools from scratch. The latest of the two was named as an exceptional success story by the Guardian!

Ali Ektekhari is also a successful researcher with focus on energy storage. Ali has invented the potassium battery, which is one of two potential alternatives to the current Li-ion batteries for electric vehicles. He has also published 150 research articles, 5 books, and supervised over 110 postdoctoral researchers and postgraduate students. He is a principal fellow of the Higher Education Academy (a rare status limited to 0.8% of the fellows only), a fellow of the Royal Society of Chemistry, a fellow of the Institute of Materials, Minerals and Mining, and the President of the American Nano Society. 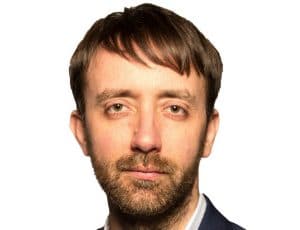 Engineer, environmentalist and journalist with a passion for sustainability and a love of big engines

Journalist, engineer, adventurer and keynote speaker Andy Pag seeks innovative solutions to the environmental challenges that the world is facing. With experience from countless eco-adventures and expeditions, he gives fascinating keynotes... 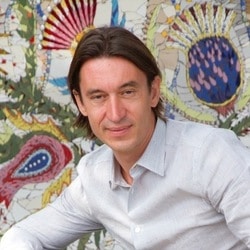 Next nature artist, writer and engineer with a mission to go forward – not back – to nature

Our keynote speaker Koert van Mensvoort is creative director of the Next Nature Network; a 21st century nature organization that wants to go forward – not back – to nature. Koert works to better understand our co-evolutionary relationship with...