Learn how to create values and develop leadership skills 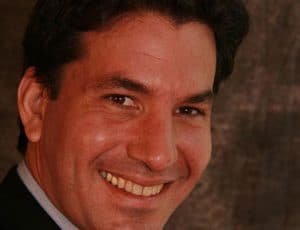 Request fees and availability
Our keynote speaker Andy Freire, an inspirational entrepreneur, is the co-founder of both Officenet and Axialent. He has help revolutionize the industry of distribution of office supplies in Latin America, and has also co-created a foundation focused on promoting leadership values among the Latin American youth.

Andy Freire, the co-founder of Officenet, is an entrepreneur both in the business and social sector.  After an initial career at P&G, he co-founded and led Officenet which was purchased by Staples in 2004. His company revolutionized the industry of distribution of office supplies in Latin America. The business raised over fifty million USD. This came from investors including Goldman Sachs, GE Capital, JP Morgan Chase, KKR, among others.

Andy helped Officenet grow organically from zero to over eighty million USD in sales and almost 1,000 employees within five years. A case study about Officenet, was written by Harvard Business School, and was taught at over twenty-five universities including Stanford, Georgetown, Commercial University of Paris. Andy has also severed as chairman and CEO at another one of his co-founded organizations, Axilant. A consulting and corporate training firm helping Fortune 500 firms align their corporate culture and leadership behaviors with long term strategy and company values. Axilant has over twenty operations globally and their academic board includes Peter Senge, Ken Wilber and Fred Kofman.

At the age of 18, Andy co-create Initiative Foundation, an NGO focused on promoting leadership values among the Latin American youth. More than 10,000 students have taken part in their events. Andy collaborated frequently as ‘expert entrepreneur’ with CNN en Español.

Andy has also been guest speaker at several universities including Stanford, Harvard, Wharton, Notre Dame and IE in Spain. He serves as member of the Global Advisor Board of Harvard Business School. He is also one of the four global judges of the Dell Business Excellence Award. He published the book ‘Passion for Entrepreneurship – From Idea to Crude Reality’ which was published in both Spanish and Portuguese, and is becoming a bestseller in several countries in Latin America.

Andy is the chairman of foundations in Argentina such as Endeavor Foundation and Young Presidents Organization. He has been an investor or board member of several start ups including Coffice, Reed Argentina, Wanako, Estrella limited among others.

Some of the awards Andy has been rewarded include “Global Leader for Tomorrow” in 2000 by the World Economic Forum (WEF), “Latin American Entrepreneur of the Year” in 2001 by Endeavor Foundation, and “World Young Business Achiever” in 2002. In 2008 he was also named one of the 100 “Young Global Leaders of the World” by the WEF in Davos, Switzerland. Acknowledged and well-travelled innovator, entrepreneur and CEO and President of the Innovation Institute of America

Our keynote speaker Alexander Blass was the grand prize winner of the Top Innovator of the Year Award. He is currently one of the most in-demand and best innovation keynote speakers and as CEO and President of the Innovation Institute of America...

The talented entrepreneur started her career in real estate. Today, she is a TV personality as a "shark" investor