Get unique insights into the social life of ideas 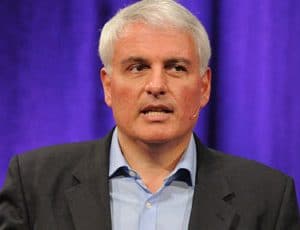 European Director of TED, writer and expert on the political, social and economic impacts of technological innovation

Request fees and availability
Our keynote speaker Bruno Giussani is a curator of ideas. He is the European director of TED, the nonprofit organization behind the TED, TEDGlobal andTEDActive annual conferences and the popular online TEDTalks. Bruno is a member of TED's senior team and curates and hosts TEDGlobal and TED University. He is an expert on the social, political and economic impacts of technological innovation.

Bruno Giussani is an idea curator, a writer and an expert on the social, political and economic impacts of technological innovation. He is the European director of TED, a global nonprofit devoted to “Ideas Worth Spreading”. Through global and local events, multilingual videos, the Web, an award and a fellowship, television initiatives, and encouraging a broad involvement of its members, TED nurtures the power of great ideas and good thinking to peacefully change the world for the better through creativity, innovation and commitment.

Giussani is also a member of the Boards of Tinext, a Swiss software company he co-founded, and of the Knight Fellowships at Stanford University, in California. He also advises corporations and public organizations. Previously, for almost 20 years Giussani has written about current affairs and about technology and innovation for a number of publications in Europe and the U.S. including the New York Times, the Wall Street Journal Europe, the Economist, the European editions of Wired and more. He has won awards for both his writing and his blogging. For four years Giussani also was an executive in charge of online strategy at the World Economic Forum, and he has co-founded two other technology companies.

He’s the author of several books, including “Roam. Making Sense of the Wireless Internet” (Random House, 2001/2002) which the International Herald Tribune reviewed as follows: “The book bursts the bubble of mobile hype and then explains why wireless communications really matters and how it works”.

He gives talks in English, Italian and French.

Over the last six years TED, which had developed over the previous two decades as an annual exclusive gathering of entrepreneurs, innovators, creatives and opinion leaders, has become a global platform for spreading ideas and good thinking through a variety of formats, from events to a very popular website offering free lectures on groundbreaking ideas, science and technology in over 80 languages, from an award to a series of hundreds of local, community-organized events, from a fellowship to a collaboration initiative with broadcasters.

During this process, the TED team has taken some unusual, and sometimes daring, steps, such as trusting its brand to its members (going against all the accepted rules of “brand control”) and advocating “radical openness” as guiding principle, and has learned a lot. This talk uses TED, a nonprofit, as a case study on developing passionate communities, creating spaces for engagement and fostering action, disseminating information and knowledge, promoting education and training, and on the social life of ideas. Speaker Cyriel Kortleven is on a mission in life: boosting the creative & entrepreneurial mindset of leaders & professionals faced with change. With almost 20 years of hands-on experience in the domain of creativity and innovation, he has... 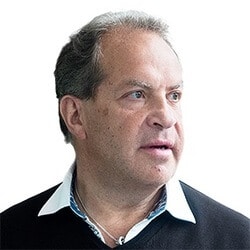 One of the youngest CEO's of financial services, author and award-winning motivational speaker speaking with authority

Our Keynote Speaker Nigel Risner has been thrilling, changing and shaping audiences for many years and is quickly becoming one of the most sought after key-note speakers in the world. He has a unique ability to translate serious and powerful...