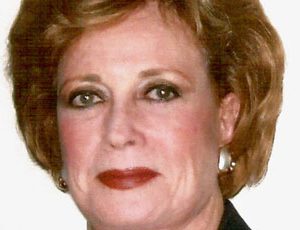 Request fees and availability
The keynote speaker Jehan Sadat is the former First lady of Egypt. She is a powerful woman with a timeless message. She focuses on women’s rights and particularly looks at the modern middle eastern women. She spreads a message of hope, love and peace and she aims to empower women and inspire audiences all over the world.

Our speaker Jehan Sadat is the widow of the late Egyptian President and Nobel Peace Prize recipient Anwar Sadat. Sadat is an author, educator, lecturer, and activist for women, children, and worldwide peace who delivers a timeless message of hope, love, and peace which transcends culture, gender, and age.  She offers a unique and historically relevant perspective of current events in both Egypt and the Middle East.

As Egypt’s First Lady and social activist, Jehan Sadat challenged the commonly held image of the Middle Eastern woman. Through her various projects and her participation in international events, she presented the face of the modern Arab woman, particularly to the Western World. The founder of the African-Arab Women’s League, she led the Egyptian delegation to the United Nations International Women’s Conference in Mexico City and the Egyptian delegations to the UN Women’s Conference in Copenhagen and the United Nations Decade of Women Conference in New York.  Today Dr. Sadat continues to participate in conferences and seminars concerning women’s issues, children’s welfare, and peace all over the world.

Dr. Sadat believes, “The most precious capital any country can have is an educated citizenry.” She, therefore, promotes education and lifelong learning, particularly for women, as the major way any nation can achieve lasting economic, social, and political equality. As the wife of the president, she acted on this belief by setting out to gain the legal reforms that would give women the rights they deserved. Despite harsh personal criticisms, Dr. Sadat was instrumental in the reform of the Personal Status Laws by the Egyptian Parliament in 1979. These laws had for decades inhibited women from reaching their political and social potential and from gaining their right to participate fully in public life.

Throughout her years of advocacy for women, the sought-after speaker Jehan Sadat has always molded and shaped her ideology within the context of the national character and needs of Egyptian society. Never challenging the importance of the traditional family structure in Egypt, Jehan Sadat sees no contradiction between women having their rights and the traditional role of the husband as head of the family. In fact, she regards the family as the foundation of all society and the role of a mother as the primary instrument of social change.

Dr. Sadat received her BA with honors in Arabic Literature, she then earned a masters degree, also with honors, and a doctorate degree in Comparative Literature from Cairo University in 1980 and 1986, respectively. Though very proud of what she has accomplished, our speaker Jehan Sadat considers her family to be her greatest achievement and being a mother and grandmother, her most important roles.

Although she divides her time between the United States and her beloved Egypt and travels the world in fulfillment of her speaking engagements, Dr. Sadat has written A Woman of Egypt, her best-selling autobiography, and My Hope for Peace. She also paints and her paintings, Landscapes of the Heart, 1986 – 2009, were exhibited at The American University in Cairo a few years ago.

Today, Dr. Sadat’s mission is to maintain her husband’s legacy, keeping alive his memory so that future generations will know that Egypt’s President Anwar Sadat was a “man of peace.” At the same time, she continues delivering her own views concerning the rights of women, the importance of the family, world peace, and current events in the Middle East. 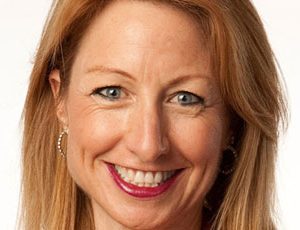 As a bestselling author and leadership expert, keynote speaker Dr. Jackie Freiberg has dedicated her career to helping executives and managers practice the art of leadership. Dr. Freiberg has helped leaders create the BEST places where the BEST...