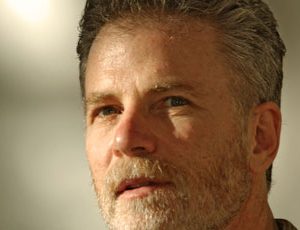 Biotech Entrepreneur, Author, Academic, and founder of the Program on Medicine, Technology and Society

Request fees and availability
Keynote speaker Gregory Stock inspires and challenges audiences with a compelling vision of the far-reaching consequences of the genomics and biotech revolutions. He provides perspective on the economic, political, social and ethical challenges these new technologies will bring.

Dr. Gregory Stock, a biotech entrepreneur, bioethicist, best-selling author and public communicator is a leading authority on the broad impacts of genomic and other advanced technologies in the life sciences. He founded the influential Program on Medicine, Technology and Society at UCLA’s School of Medicine in 1997 and served as its director for ten years while leading a broad effort to explore critical technologies poised to impact humanity’s future and reshape medical science. Through a series of high-profile symposia, lectures, and media appearances, Stock has catalyzed broad public debate about the social and public policy implications of today’s revolution in molecular genetics and bioinformatics, and about how most effectively to translate progress in basic science into improved therapeutics and healthcare.

Keynote speaker Gregory Stock is a strong advocate for aggressive biomedical funding and research, and for cautious governmental oversight. In 2004, Stock co-founded Signum Biosciences, a Princeton University spinoff created to develop a new class of anti-inflammatories and therapeutics for neurodegeneration. He served as the CEO of Signum for 6 years directing efforts there to develop promising pharma candidates for Alzheimer’s and Parkinson’s.

Dr. Stock has been an invited speaker to many academic, government and business conferences. He sits on the editorial board of the American Journal of Bioethics, The Journal of Evolution and Technology, and Rejuvenation Research and was invited to submit an Advisory Memo to the President on the challenges ahead. Stock has been profiled in the Wall Street Journal, New York Times, MIT Tech Review and Lancet. He makes regular appearances on television and radio, including CNN, PBS, NPR, Bloomberg and the BBC and frequently debates biotech policy with Francis Fukuyama, Jeremy Rifkin, Leon Kass, Daniel Callahan, Bill McKibben, George Annas and other prominent voices who would rein in biomedical research.

Dr. Stock’s book, Redesigning Humans: Our Inevitable Genetic Future with Houghton Mifflin won the prestigious Kistler Book Prize for Science books and was nominated for a Wired Rave Award. Among his other books are Engineering The Human Germline: An Exploration of the Science and Ethics of Altering the Genes We Pass to Our Children with Oxford University Press, Metaman: The Merging of Humans and Machine into a Global Superorganism with Simon & Schuster, and the best selling, Book of Questions with Workman Press, which has sold over 2 million copies, been translated into 18 languages and is now in its 61st printing. Sequels to that book include The Book of Questions: Business, Politics, and Ethics, The Book of Questions: Love and Sex, and The Kids’ Book of Questions as well as a new book that will explore how future technology will challenge our values and alter our lives.

Sought-after speaker Gregory Stock serves on the California Advisory Committee on Stem Cells and Reproductive Cloning and is the Associate Director of the Center for Life Science Policy Studies, a policy think tank at the University of California at Berkeley. He serves on the boards of Signum Biosciences and Napo Pharmaceuticals, a private pharmaceutical company with an important drug approaching approval for diarrhea associated with HIV retroviral therapy and Cholera. He has a Doctorate in Biophysics from Johns Hopkins University and an MBA from Harvard University.

Tech-savvy speaker Gregory Stock explores our sense of the human using diverse questions about what it would mean to alter fundamental aspects of our biology, build conscious beings out of silicon, and continue our rapid technological advance. A biophysicist by training, he approaches these and other big issues in pragmatic, down-to-earth ways that challenge our thinking and values. Dr. Stock is a major game changer and thought leader who tackles controversial issues.

His goal in his books, television and radio appearances, lectures, public debates and conferences is not to provide answers or effect specific policies. He wants to challenge people’s thinking, move public discussion towards deeper underlying issues and shift the context of policy debate by bringing up the immense shifts that are so relevant to these matters.

Keynote speaker Gregory Stock sees this as an unprecedented moment not just in human history, but in the history of life. He believes we are at an instant that even a million years from now will be viewed as a fundamental transition: We are breathing into silicon a complexity that rivals life itself. We are consciously modifying and adjusting the very processes of life. Can the living world ever be the same?

Unlike many bio-ethicists and visionaries, Dr. Stock considers it futile to think about how we could – if we only had the power – redesign our world to make it a better, fairer, more perfect place. He tries to understand the world as it is.

Stock looks at the key technological drivers of today – rapidly advancing computational capabilities and our emerging capacity to reshape biology – and tries to understand where they are taking us. Analytical speaker Gregory Stock sees society as emergent not designed, and believes that however much we might hope to shape its future by altering its workings, the complexities are such that the ultimate consequences will necessarily be hidden from us.

Gregory Stock: To upgrade is human 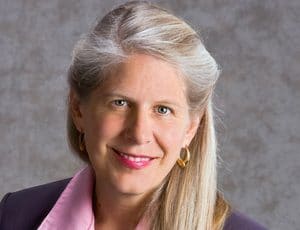 Published Neuroanatomist and stroke survivor; a story that she is famous for sharing in the second most viewed TED Talk

Keynote Speaker Dr. Jill Bolte Taylor is a Harvard-trained and published neuroanatomist who experienced a severe hemorrhage in the left hemisphere of her brain in 1996. In 2008, Dr. Jill gave a presentation at the TED Conference in Monterey, CA,...