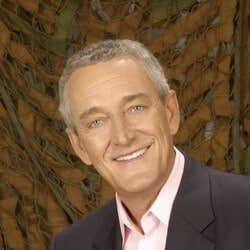 Authority on leadership, growth and innovation, researcher and a global sought-after business speaker

Request fees and availability
Keynote speaker Jason Jennings is a researcher and one of the most successful and prolific business and leadership authors in the world. He's an authority on leadership, growth and innovation and he loves to tell a good story. USA TODAY calls Jennings one of the three most in-demand business speakers on the planet. Jason made the Global Guru list for 2018 and ranked number 15 in the whole world, and he was one out of five to receive 5 stars for being inspirational.

Authority on Leadership, Growth and Innovation

Jason Jennings is a researcher and one of the most successful and prolific business and leadership authors in the world and his greatest thrill is helping lead individuals and companies to their full economic potential.

He began his career as a radio and television reporter and was the youngest radio station group owner in the nation. Later, he founded Jennings-McGlothlin & Company, a consulting firm that became the world’s largest media consultancy and his legendary programming and sales strategies are credited with revolutionizing many parts of the broadcasting industry.

He traveled the globe in search of the world’s fastest companies for his landmark book, It’s Not the Big That Eat the Small – It’s the Fast That Eat the Slow. Within weeks of its release it hit the Wall Street Journal, USA Today and New York Times Bestsellers Lists. Now published in 32 languages, USA TODAY named it one of the top 25 books of the year!

Next, he and his research teams identified the world’s ten most productive companies for his bestseller Less Is More. That was followed by his next book, Think BIG  – Act Small, which profiled the only ten companies in the world to have organically grown both revenues and profits by double digits every year for ten consecutive years. Like all his previous books it debuted on all the bestseller charts, his book, Hit the Ground Running – A Manual for Leaders reveals the tactics and strategies of the ten CEO’s who created the greatest amount of economic value between 2000 and 2009. Jason the followed it the New York Times bestseller,  The Reinventors – How Extraordinary Companies Pursue Radical Continuous Change, revealing the secret of those leaders and organisations that have successfully reinvented and transformed. His latest book for his publish Penguin Random House is The High Speed Company – Creating Urgency and Growth in a Nanosecond Culture.

Along the way he found time to join forces with well known cardiologist Dr. John Kennedy and coauthor the 2010 Health, Mind and Body bestseller, The 15 Minute Heart Cure –The Natural Way to Release Stress and Heal Your Heart in Fifteen minutes a Day.

Critics call his books, “extraordinarily well researched, insightful, crisply written, accessible, intriguing and a vital resource for everyone in business,” and USA TODAY calls Jennings one of the three most in-demand business speakers on the planet along with the authors of  Good to Great and In Search of Excellence.

The Five Secrets of the World’s Greatest Business Leaders

Getting Onboard for Growth 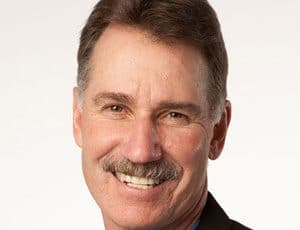 For over 20 years, our keynote speaker Kevin Freiberg has been profiling revolutionary business leaders in some of the world’s most innovative companies. He has successfully turned those profiles into roadmaps that help clients create their own...