Knowledge-based talks on the global future of energy 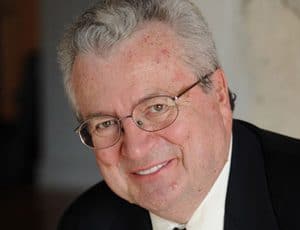 Request fees and availability
Keynote speaker John Hofmeister is a true Oil & energy insider. He served as president of Shell Oil Company until 2008. He has since then dedicated time and efforts to educate the broad public about energy & the environment. He is chairman of numerous influential committees and strives to help develop policy which promotes efficient and environmentally friendly energy policy.

John Hofmeister served as President of Shell Oil Company until his retirement from the company in 2008. After this, John Hofmeister has founded and runs the non-profit organization, Citizens for Affordable Energy.

This Washington, D.C. registered company provides practical energy and environmental information and education to citizens from all walks of life across the U.S.  It also contributes to the development of public policy at federal and state levels to promote more energy from all sources, more infrastructure for energy transportation and storage, more technology for energy efficiency and more environmental protection for clean land, water and air.

Hofmeister has degrees in Political Science from Kansas State University and was awarded a Doctorate of Letters from the University of Houston.   John is the author of Why We Hate the Oil Companies: Straight Talk from an Energy Insider (Palgrave MacMillan 2010)

What were some of the big lessons you learnt while working at Shell?

How did you become a public speaker?

My public speaking training began actually in high school, with four years of Speech classes, led by the same teacher who progressively stepped up the requirements for effective public speaking across the range of potential speaking possibilities.  It was then enhanced in my early professional career at GE when it was necessary for participants in the management development program of which I was a part to pass a tough, practical Effective Presentation class instructed by career communicators.  I subsequently became an instructor of the class in later years.

During my GE career it was required to get professional, studio-based instruction in media engagement and large audience speaking skills utilizing career media professionals as instructors.  As executives we were nonetheless required to take the training periodically so that skills were enhanced over time.

Upon becoming Shell Oil President in a period of public consternation regarding oil prices and much political controversy of oil company profits I re-visited the lessons learned in prior years with specific executive communications training via Edelman.  I went through extensive practice sessions for congressional testimony, Sunday morning national media talk programs, stand up appearances with media of all types: network, cable, radio and print media, and led the industry in accepting major public address speaking engagements, including visits to some 50 major U.S. cities to important and recognized venues across the nation.

Since retiring from Shell five years ago I’ve continued the outreach and engagement process, accepting upwards of 50-75 public addresses per year, along with upwards of 150+ media engagements per year over this period.  As a result my public speaking skills are both well learned and well honed, while being continuously scrutinized.

Can you give 3 tips for achieving success in the world of business?

What types of changes do you hope will be made in order to protect the environment?

Throughout the 20th century there was limited understanding (initially) and prolonged lack of management of waste from the energy producing processes. In addition there was a sense that the environment could tolerate the waste produced and that the costs of waste were negligible and pollution was free. However over time the buildup of physical, liquid and gaseous waste has become an ever larger problem to manage and more people began to see it as unsustainable and inevitably leading the world to waste management crises. Now we’re about there, where waste is indeed reaching crisis proportions as more of the world depends upon 20th century energy technology to power their economies and transportation systems.

So it is necessary to re-direct the energy future of the world from waste producing to waste conserving, to shift from fundamentally dirty sources to cleaner sources, and to focus on sustainability along with availability and affordability. What is needed is a fundamental re-direct in what sources of energy we develop and how we transition to those sources from existing sources over a multi-decade time frame.

In order to make the transition we have to re-invent the governance models that determine the future of energy in the first instance. The existing governance models around the world operate primarily to sustain the status quo, not re-direct the basics of the energy system and its needs for environmental protections. It is unlikely that the world will suddenly embrace the re-direction I’m describing, especially when most of the world still aspires to the energy availability that the OECD countries have enjoyed for half a century.

Therefore nations must lead the way individually and set a new example for the world. The re-direction cannot come too quickly, yet it will not happen as quickly as some would think necessary. The best way to proceed is planfully, yet no plans exist. This is why the governance of energy must follow the type of governance utilized for the global/national monetary systems, where legal structures exist so that fundamental decisions can be made and implemented without the dysfunction of the politics of the moment overwhelming important decisions that take time to implement.

The world is headed for environmental crisis if key nations cannot find the way to modify the governance of energy so that steps can be taken to re-direct the energy production of the future from where it is today to cleaner sources and technologically advanced systems which clean dirty energy in the process of producing energy.

What is your most popular keynote?

There are two major themes that I address that have attracted many audiences, including requests for return appearances.  The first theme presents the opportunity to build 21st Century prosperity by utilizing private investments to re-vamp aging 20th Century energy systems  into 21st Century systems, from the sources of energy to the technologies that produce and distribute it.  It takes trillions of dollars coming from primarily the private sector where returns on investments are meaningful and sustainable, and the economic multiplier of such investments continues to create economic value for decades.   The basic title for the talk:  “Energy is the Only Stimulus We Need.

The second major theme is the subject of my new book (in progress) called The Coherent Leader: A Leadership Framework for the 21st Century.  The talk decries the current state of global leadership in the public, corporate, and institutional sectors, where political leaders fail their constituents on the promises they make, corporate leaders are taken out of office at increasing frequency, and institutional leaders fail to grasp what it takes to build legitimacy for the future (think Catholic Church and multiple universities as well as governmental agencies led by appointees).

My point is that leadership today is still holding onto 20th century leadership models built by the major business schools, military ranks and corporate education. They are outdated. My talk describes seven basic building blocks for 21st Century leadership that are essential and required to reclaim and sustain leadership credibility. The outcome of all seven building blocks working together results in Coherency, the essential requirement for 21st Century success.  The basic title for the talk: “Today’s Leadership in Crisis: the Requirement for a 21st Century Leadership Model.” 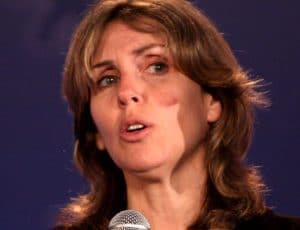 Our speaker Amy is a widely quoted commentator on oil and energy policy in the international media. She has provided testimony on Capitol Hill on energy matters, and she regularly appears on a variety of television news stations and programs...