Learn how to improve your company culture 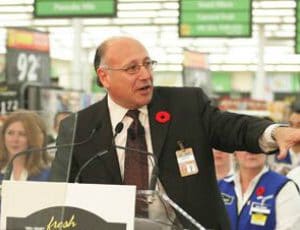 Request fees and availability
Former CEO of Wal-Mart Canada and keynote speaker Mario Pilozzi is a business legend. He led the company through one of Canada’s most successful business transformations and into a period of unprecedented growth. With his unique and ample management experience, Mario Pilozzi understands the importance of good company culture. As he says: “People are the common denominator to every organization.”

The son of an immigrant family, Mario Pilozzi spent his entire career in retail. He began by stocking shelves at Woolworth’s in Montreal as a teenager, and worked his way up through almost every job in the company, earning a series of positions in both Woolworth and Woolco. At the time of the Wal-Mart takeover, he was Vice President in charge of merchandise. He was then promoted to the top merchandising position before being tapped to lead the entire Canadian Wal-Mart team.

As CEO Mario Pilozzi led the Wal-Mart team through one of Canada’s most renowned business turnarounds, presiding during a period of unprecedented expansion and growth that tripled the size of the workforce and created a fiercely loyal customer base for the company. Under Mario Pilozzi’s leadership, Wal-Mart Canada spearheaded a new supply-chain dynamic that would go on to change the face of Canadian retail.

Mario Pilozzi now works with a number of overseas divisions of Walmart who call upon him for his management knowledge and retail expertise. He spends much of his time in Brazil, Peru, China and Mexico. Mario Pilozzi is a an ICD graduate of the Rotman School of Business and is the first non-American to receive the Sam M. Walton Entrepreneur of the Year Award, the company’s highest honour.

Known for its meteoric growth, efficient distribution, and powerful customer attraction, Walmart is a company that business owners and managers want to learn from. Who better to teach them this than the former CEO of Wal-Mart Canada? Mario’s presentations are filled with powerful content and great stories that resonate with his audiences and include a no-holds-barred Q & A session that is lively and informative and a highlight of every presentation.

Learning from the Best

Changing the Culture of an Organization 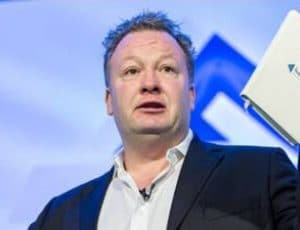 Business success expert, author and keynote speaker Andy Hanselman teaches businesses and their people to think in '3D': Dramatically and Demonstrably different from their competitors. With more than 25 years of experience researching and working... 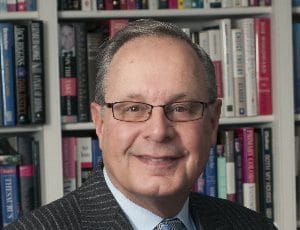 Our keynote speaker Frank O'Dea is an extraordinary successful serial entrepreneur and philanthropist. The Co-Founder of the popular Canadian coffee store chain The Second Cup managed to overcome incredible obstacles in business as well as in...