Get expertise on the best human resource practices 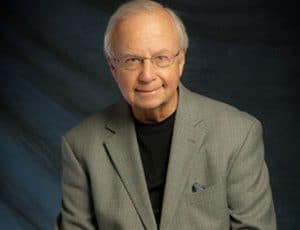 Request fees and availability
Keynote speaker Michael Losey is well known within the field of Human Resource Management. He has held top positions in some of the most prestigious HR associations and has written and talked about human resource management related issues for many years. He is an authority in his field and Mr. Losey will deliver a well-constructed and powerful keynote on any matter related to human resource practices & issues.

Michael R. Losey, SPHR, CAE, is the former President and CEO of the Society for Human Resource Management (SHRM). Before being named to the Society’s top position in 1990, Losey served 30 years in management and executive-level positions with New Holland and Unisys.

In his 10 years as SHRM’s CEO, Losey left an impressive legacy. He tripled the Society’s membership to more than 150,000, increased revenue by six fold and increased net worth 900 percent.

Losey has been active in international human resources and is a past president of the North American Human Resource Management Association (NAHRMA) and the World Federation of Personnel Management Associations (WFPMA). These two organizations link human resource professional organizations around the world. Mr. Losey has also served on the SHRM Board of Directors and boards of the Human Resource Certification Institute, the SHRM Foundation, and the National Academy of Human Resources, which he helped establish.

Since his retirement from SHRM, Michael Losey has been a consultant in the HR and association management professions, as well as writing, teaching, expert witness consulting and doing public speaking for companies and associations and recently written the book entitled Touching People’s Lives: Leader’s Sorrow or Joy.

Losey obtained both a Bachelor’s degree and a Master’s of Business Administration degree in Industrial Relations from the University of Michigan. In addition, he earned certification as a Senior Professional in Human Resources (SPHR) and is a Certified Association Executive (CAE). He has served as a subject matter expert in human resource management and association management.

As a speaker, Losey has frequently addressed HR, general management and trade association leaders on human resource, association and leadership issues. He also continues to contribute to the professional programming of SHRM as well as being a spokesman to numerous international groups, organizations, media, and Congress.

Keynote speaker Dave Ulrich is a human resource expert. He helps organizations and leaders deliver results by focusing on how talent is best cultivated and retained. He has developed databases which assesses the alignment between organizational...