A performer who hits his mark every time 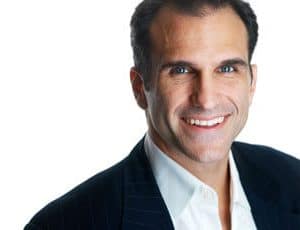 Request fees and availability
He has been called a "marketing guru" by the Wall Street Journal. Keynote speaker Michael Port is a popular speaker and bestselling author. He delivers keynotes with a passion and humor. Michael speaks about marketing, sales, and thinking big.

Michael Port has been called “an uncommonly honest author” by the Boston Globe and a “marketing guru” byThe Wall Street Journal.

He is the author of four bestselling books including Book Yourself Solid, Beyond Booked Solid, The Contrarian Effect, and the New York Times Bestseller, The Think Big Manifesto.

Michael blogs for the Huffington Post and has written monthly columns on sales and marketing for Entrepreneur Magazineand American Express Open Forum, is a regular guest on MSNBC, and receives the highest overall speaker ratings at conferences around the world.

Currently Michael is developing marketing and productivity software programs based on the ideas and strategies in his books.

Michael didn’t start out as an author, speaker, and entrepreneur. He began as an actor. No kidding. You might even have been able to pick him out of a crowd from his starring and supporting roles in TV and film projects like Sex and the City, Third Watch, All My Children, Guiding Light, Central Park West, 100 Centre Street, The Pelican Brief, Down to Earth, Last Call, The Believer, and more.

Diverse in his personal life as well, Michael blends his yoga teaching past with his martial art present—holding the rank of black belt in Aikido and blue belt in Brazilian Jiu-Jitsu. With all this success, his most significant accomplishment and responsibility is probably just like yours, the job of being a devoted parent, son, friend, and citizen.

Michael’s mission to rally big thinkers – prospective, potential, wildly in-motion, and particularly bashful up-and-comers is officially in motion. He’s at the forefront of a movement of people that are starting personal, professional, societal and spiritual revolutions.

Would you like Michael Port to speak to your organization? Then contact us today. When you hire Michael you’ll look like a genius. He’s known for consistently receiving the highest overall speaker ratings at conferences around the world.

Oh, Michael wants you to know that when you choose him, you won’t be getting a vanilla sugar cookie. You will, however, get a slightly irreverent, very funny, knowledgeable, compassionate and passionate performer who hits his mark every time. 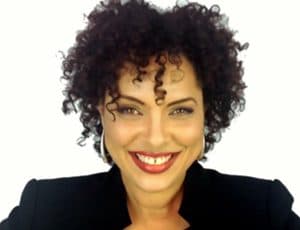 Our keynote speaker Dawnna St. Louis is a professional speaker, consultant and three time top selling book author. She shows her audience how to harness the power of people, tap into their personal brand of quality, and be a rock star in business....