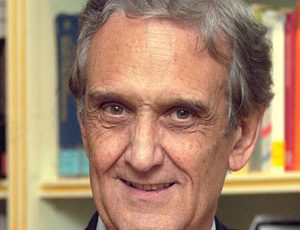 Award-winning Spanish economist, columnist and chairman of the Economic and Social Council in Madrid

Request fees and availability
Keynote speaker Pedro Schwartz is a respected and award winning Spanish economist. He is the chairman of the Economic and Social Council in Madrid. He has taught at numerous universities and lectured all over the world on economic history, financial issues and various other economic topics. His keynotes are based on thorough research, experience and knowledge.

Certified speaker Pedro Schwartz is Chairman of the Economic and Social Council of the Madrid Autonomous Community.  He has been a Professor of Economics at three Spanish Universities since 1970. At present he is Professor Extraordinary in the Department of Economics of the University San Pablo CEU in Madrid. Here he teaches the History of Economic Thought and directs the Centre for Political Economy and Regulation.

Additionally, Dr. Schwartz is a member of  the Advisory Committee of Capgemini Consulting, member of the Board of Directors of CEPS (Centre for European Policy Studies, Brussels), a member of the Mont Pèlerin Society, a member of the Academic Advisory Council of the Liberales Institut Zurich. He isan Adjunct Scholar of the Cato Institute in the U.S. He is secretary of the Think Tank Civismo and trustee of the Foundation Pro Libertate.

From 2006 to 2008 he completed briefing papers for the Committee Economic and Monetary Affairs of the European Parliament.

In September 1990, H.M. Queen Elisabeth II made him an Honorary Officer of the British Empire. In February 2003, he received the Rey Jaime I Prize for contributions to economics in Spain. In February 2005 he became a member of the Royal Academy of Moral and Political Sciences of Spain. In November 2010 H.M. the King of Spain awarded him the Rey Juan Carlos Prize for Economics.

Professional speaker Pedro Schwartz writes a weekly column in Expansión of Madrid and is featured every Monday on Radio Intereconomía. He often speaks on the Spanish financial and corporate scene for the BBC and has contributed to the Financial Times. He frequently lectures on economics and on company strategy.

He is a native Spanish speaker, is fluent in English, French and Italian and speaks Portuguese.

Summary of his professional experience

In the field of business, after leaving politics, keynote speaker Pedro Schwartz was chief economist at the Stock Exchange brokers Iberagentes and then for seven years chairman of the fund managers Fincorp Gestión. In the field of communications and information technologies he was president of Fundesco (the Telefónica Foundation), and the IT companies Servicom SA, and Interdomain SA. For the following five years he was executive consultant at the IT firm DMR Consulting.

Over the years he has set up, and worked for, a number of economic think tanks: Instituto de Economía de Mercado, Instituto de Estudios de Libre Comercio, and still going strong the Centre for Political Economy and Regulation at Universidad San Pablo CEU.

As an expert of the Economic and Monetary Committee of the European Parliament from 2006 to 2008, speaker Pedro Schwartz wrote a number of papers and attended various sittings of the Committee. 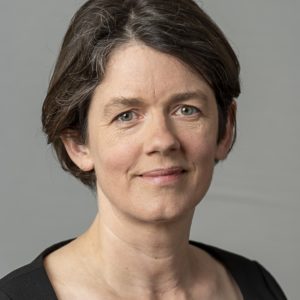 With diverse experience from her time as a Member of Parliament and as an economic analyst, keynote speaker Kitty Ussher is one of Britain's leading economists. She gives expertly and fascinating keynotes about current and past economic and...