A story that will change your life 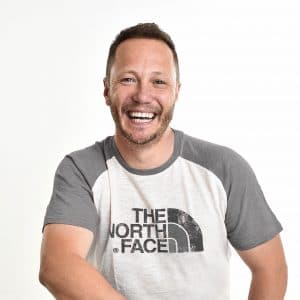 From Wheelchair to Mount Everest - A story about finding joy, discovering the meaning of life and recovering stronger!

Request fees and availability
The inspiring keynote speaker Robby Kojetin has quite a story to tell. A story that will motivate you and make you fight for what you want. Robby is praised for his raw and honest keynotes and his ability to inspire and motivate people to go after what they want!

Why you should book speaker Robby Kojetin

Keynote speaker Robby Kojetin has always had one thing on his bucket list: to climb Mount Everest. This became his driving force and the beginning of a long journey full of ups and downs. Robby broke both his angles in an indoor climbing accident. It permanently damaged his angles and put him in a wheelchair for what he describes as the longest year of his life. Doctors and experts told him he would never be able to climb again, but he was determined and held on to his bucket list as the only glimpse of hope and motivation.

Robby proved everyone wrong and three years after the accident, he stood at the summit of the biggest mountain in the world. Today, he tours the world and shares his story about never giving up, inspiring thousands of people to find their passion and turn it into action. As a speaker Robby Kojetin is dynamic, professional and engaging. Every person in the audience will relate to Robby’s challenges as he opens up about losing everything in a split second and feeling like there is nothing you can do – luckily, there is. Let Robby take your audience on a journey that will leave them with more determination than you ever thought was possible! 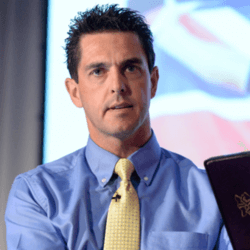 Keynote speaker Mark Colbourne is a thought-provoking speaker with a mission to take you from zero to hero. Mark has had struggles himself but even after a near-death experience he got back up and continued to follow his dream with a positive...

Chef, dedicated athlete, adventurist and trustee and ambassador for the ‘Cipla Miles for Smiles Foundation’

Keynote speaker David Grier is a chef, dedicated athlete and adventurist. One of his most recent challenges was a multi-disciplined solo event from Africa to Madagascar. Here, the aim was to paddle the Mozambique Channel, run the length of the...