Request fees and availability
Our keynote speaker Rufus Gifford is easily the most popular US ambassador Denmark has ever had. Together with his husband, Stephen, he has won the hearts of the Danes and become a household name. In his keynotes, Rufus speaks about his time in Denmark and political cooperation between Denmark and the United States.

During the period between August 2013 to January 2017, the keynote speaker Rufus Gifford was the US ambassador to Denmark. He was the star of the award-winning documentary series “I am the Ambassador”  which was recently purchased by Netflix and iTunes and is currently being broadcast in over ten countries. CNN has called him “anti-trump”, the Wall Street Journal considers him a “viral sensation”, and The Atlantic called him a “rockstar”. In January 2017, Rufus was afforded the great honor of becoming a knight of the Order of the Dannebrog by Queen Margrethe II of Denmark.

As an ambassador, Rufus Gifford’s personal mission was to transform a historically good relationship with Denmark, into meeting the challenges of the future by engaging the Danes, especially the youth, in issues that affect us all. Deciding to modernize diplomacy and build credible institutions, Rufus Gifford has pursued a public diplomatic strategy, and has allowed cameras to document his life and work, exemplified by his biography ‘Ambassador – The History of an American Dream’ published in 2015.

After graduating from Brown University in 1996, our speaker Rufus Gifford left his native Massachusetts to pursue a career in the entertainment industry, but entered the political world in 2004, in an unpaid internship on John Kerry’s presidential campaign. It signalled the start of an impressive political career, starting with his own consultancy and later working as a senior staff member and Finance Director on Barack Obama’s  Presidential re-election campaign.

In his freetime, Rufus Gifford enjoys running, cycling and sailing. He married veterinarian Stephen DeVincent in 2015 in Denmark, and together the pair have two Golden Retrievers.

MY TIME IN DENMARK 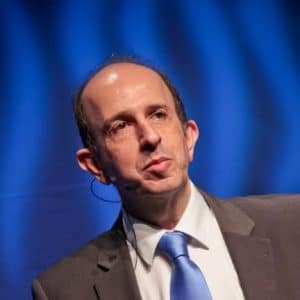 Keynote speaker Daniel Silke is one of South Africa's leading political analysts and keynote speakers. Daniel offers the newest research data and uniquely blends political and economical analysis. Throughout his career he has gained much knowledge,... Keynote Speaker Jeremy Rifkin is the founder and president of The Foundation on Economic Trends (www.foet.org) in Bethesda, MD. The Foundation examines the economic, environmental, social and cultural impacts of new technologies introduced into the... 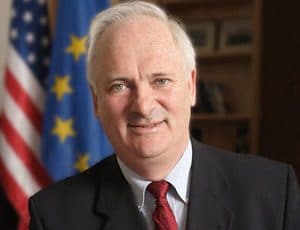 Our keynote speaker John Bruton, the former Irish Prime Minister who helped transform the Irish economy now delivers keynotes with a focus on economic development, politics and policy. His professional experience and his many international talks...