How to win and get to the top 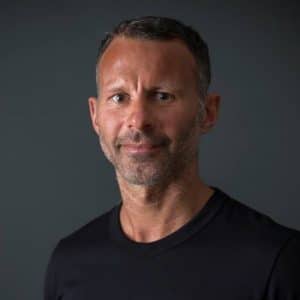 Request fees and availability
Welsh-born sportsman and speaker Ryan Giggs is a living legend of football. As a football player spending his entire career with Manchester United, he became the most decorated player of the English Premier League. After his retirement in 2014, he turned his attention to coaching and punditry. As a popular former footballer, his opinions and analysis are kept in high regard worldwide by football fans. In 2018, Giggs has been appointed the manager of the Welsh national football team.

Along with the likes of David Beckham and Gary Neville, speaker Ryan Giggs is a product of the famous Manchester United Class of 92’. As an integral part of the team, he went on to win a record 34 trophies with the club, amassing 963 appearances. Furthermore, he was awarded twice the famous PFA Young Player of the Year Award.

After retiring in 2014 as a legend on the pitch, he turned his attention to working at the other side of the touchline. In 2013 he was appointed an interim manager of Manchester United and joined Louis Van Gaal’s project as an assistant manager in 2014. The pair enjoyed great success at Old Trafford as they won the 2014/15 FA Cup at the end of the season. In February 2018, speaker Ryan Giggs was appointed the manager of the Welsh national team.

As a greatly renowned figure of British football, Giggs’ thoughts and analyses are kept in high regards in the sports industry. By having succeeded on both sides of the pitch, speaker Ryan Giggs can provide a unique insight on how to get to the top. Moreover, as a manager, Ryan possesses key leadership and management qualities. As a speaker, Ryan Giggs is ready to share his knowledge with the audience on how to attain the skills required to succeed as he is frequently booked by audiences all over the world.

How to Win and Get to the Top

Fire up the Team and Manage Effectively