Revolutionize your business through ancient philosophy 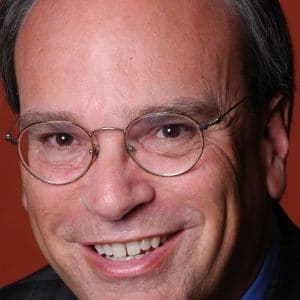 Professor, philosopher and author advising the corporate world by bringing great thinking into the everyday life

Request fees and availability
Keynote speaker Tom Morris is a successful author, public philosopher, and advisor the corporate world. Tom has the ability to use the wisdom and knowledge of ancient philosophers to inform and help leaders in achieving their goals. Tom Morris has published numerous books, and appeared in many different tv settings, and his messages is helping to change lives and revolutionize business practices everywhere.

Tom Morris is one of the most compelling speakers of our time, rousing audiences with his insight, humor, and high energy. He has become the most active public philosophers in the world due to his unusual ability to bring the greatest wisdom of the past into the challenges we face today. A native of North Carolina, Tom was a Morehead Scholar at UNC (Chapel Hill), and has been honored, along with Michael Jordan, as a recipient of their “Distinguished Young Alumnus Award”. He holds a Ph.D. in both Philosophy and Religious Studies from Yale University, and for fifteen years served as a Professor of Philosophy at the University of Notre Dame, where he quickly became their most popular teacher, in many years having as much as an eighth of the entire student body in his classes. He is now Chairman of the Morris Institute for Human Values in Wilmington, NC, and serves top organizations around the globe.

Tom Morris is the author of 21 published books. His twelfth book, True Success: A New Philosophy of Excellence, launched him into a new adventure as a public philosopher and advisor to the corporate world. His audiences have included such companies as Toyota, General Motors, Ford Motor Company, Merrill Lynch, UBS, Verizon, IBM, Coca Cola, The US Air Force, International Paper, Price Waterhouse, Target, Mattel, NBC Sports, Business Week, Bayer, Deloitte and Touche, Federated Investors, Taco Bell, Minute Maid, The American Heart Association, Hewlett Packard, Bank of America, and many large national and international associations. He is also the author of the highly acclaimed bestselling book If Aristotle Ran General Motors, and the big yellow book often seen in college dorms the night before final exams, Philosophy for Dummies. Other recent books include The Art of Achievement, The Stoic Art of Living and Superheroes and Philosophy, where Superman and Batman finally meet Plato and Aristotle. Tom’s most surprising bestselling book about life and business is entitled: If Harry Potter Ran General Electric: Leadership Wisdom from the World of the Wizards.

Known by his Notre Dame students as “TV Morris”, he is the first philosopher in history to appear in network TV commercials, where he has served as the national spokesman for Winnie the Pooh, Disney Home Videos. He is also the only thinker ever to engage in early morning philosophy with Regis Philbin, and on The Today Show with Matt Lauer, among many other national broadcasts. Tom Morris is known for bringing the insights of the great thinkers into the drama of everyday life with high energy and good humor.