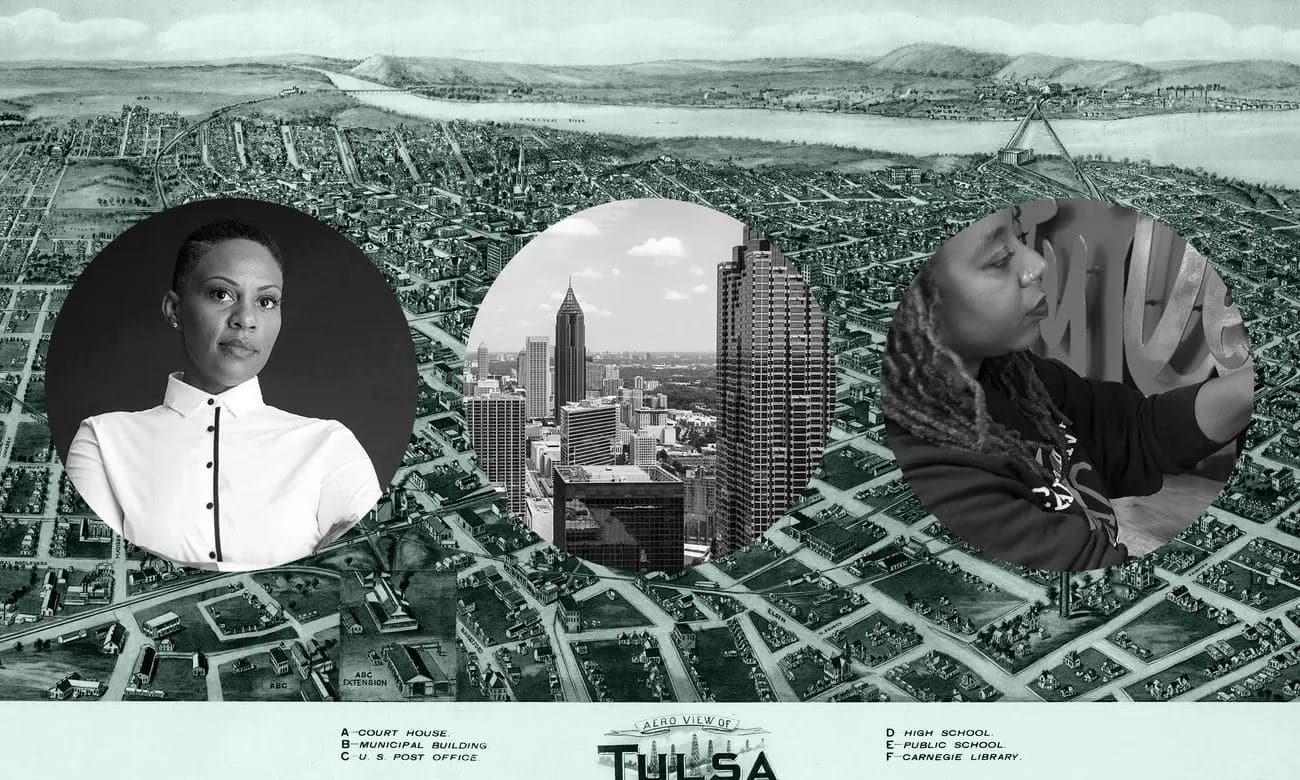 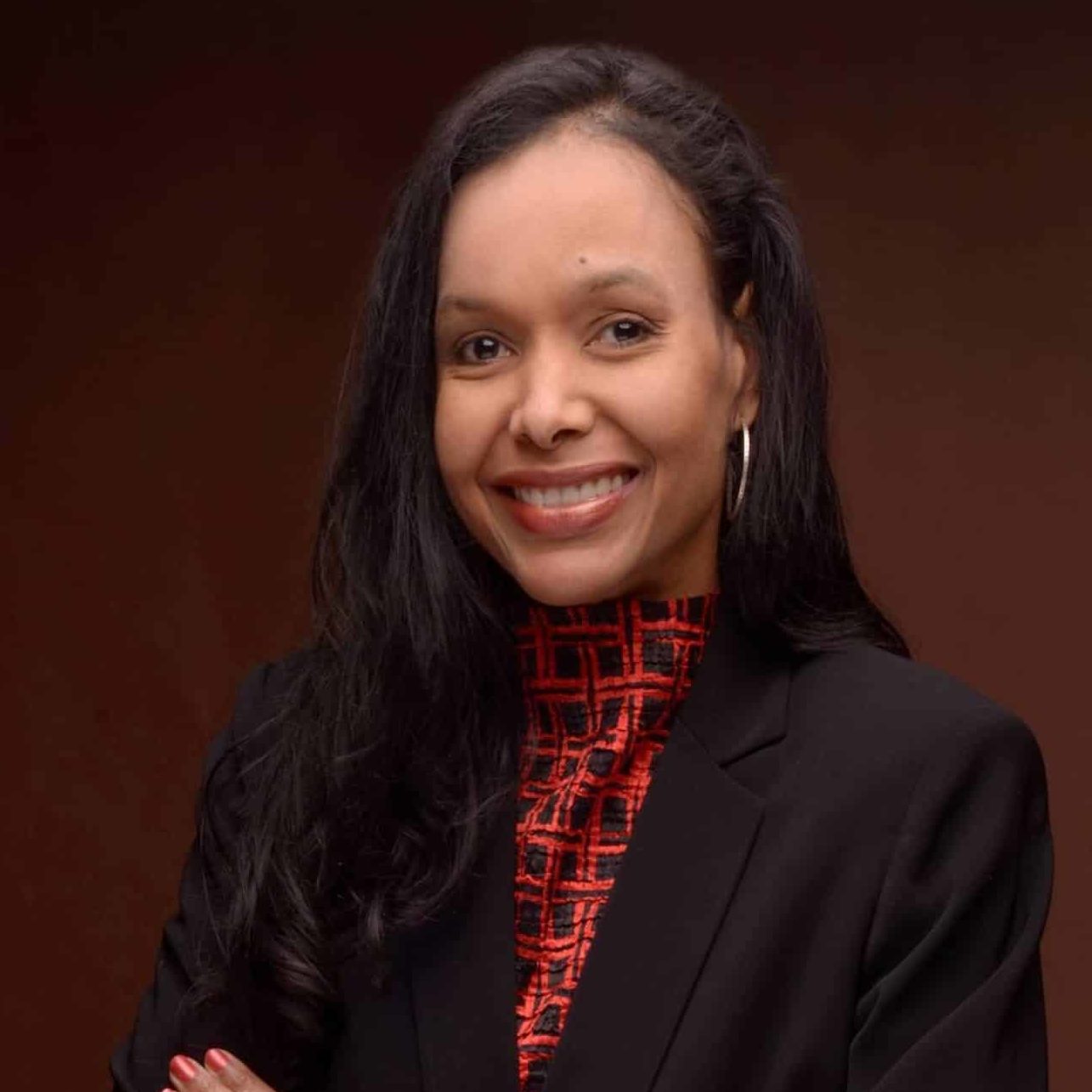 The centuries-old Black business ecosystem faded away with integration, but today, its renaissance could benefit the entire country

orrified by the brutal murder of an unarmed Black man by white police officers, and alert to how the Covid pandemic disproportionately devastated Black businesses, white and corporate America were quick to latch on to the Buy Black movement in early 2020. The groundswell of virtue-signaling and hashtags, and the flurry of apologetic diversity pledges and corporate donations were followed by more of the same: the stagnancy of Black business growth and the continued rampancy of Black deaths by the white police. This new fad was doing a much better job at addressing white guilt than truly supporting the Black community.

We generated much more power and justice when it was just us. The once booming Black empowerment ecosystem was set into motion two centuries ago. The original Buy Black movement consisted of barber shops and banks, hotels and hospital systems, pharmacies, farming regions and everything in between, all produced and powered by the Black people of America. From the end of the civil war through the rise of Jim Crow, hundreds of millions of dollars were generated and recycled in Black Wall Streets across the country.

At the turn of the 20th century, the Greenwood district of Tulsa, carved out and cultivated by Black landowners, was one of the most prosperous areas in America, flaunting Black millionaires and families that owned private planes. Greenwood represented the pinnacle of Black prosperity, pride and power. And then over two days in 1921, a white mob mobilized to destroy it all. The 35 city blocks were bombed then burned. Across the country, hundreds of churches, businesses and schools suffered the same fate.

Proudly and peacefully, like the whole of the Black community, many of the Black businesses survived and thrived amid the blood and bombs. While it may be difficult to fathom now, Black unemployment remained lower than the national average until integration. Black youth weren’t lacking for role models, including, of course, Dr Martin Luther King, who united and inspired a generation of young Americans. Iconic American business owners like Madam CJ Walker, the US’s first female self-made millionaire. Also known as “the mother of Black hair care”, she sustained the community by supporting historically Black colleges and universities, the NAACP and the National Conference on Lynching.

Following the death of Dr King, the civil rights fight dissipated, as did the accompanying economic solidarity and entrepreneurial spirit. A new hunger for acceptance set in among Black Americans. It was more potent than the racists’ hatred of our ascendancy. To be like white America, we must buy like white America, was the prevailing thinking. But it was the thirst for vengeance, not just inclusion, that led us astray. Our equality, our rights, our value would not be denied – and neither would our dollar. In swarming around their businesses, we essentially abandoned our own.

One by one, most of the world-class Black-owned businesses that anchored and propelled the community shuttered. There were more than 6,300 Black-owned grocery stores serving and situated in the Black community in the 1930s. Now there are fewer than 10. The 130 Black banks we had in 1926 have dwindled to a mere handful. Today, less than 6% of the businesses in poor, overwhelmingly Black areas are Black-owned.

The community’s failure to maintain control of the booming Black hair care industry – a beautiful representation of our unity and uniqueness, our strength and success, and the American Dream – deserves special attention. Bit by dreadful bit, it was sold off, and some like me might sincerely say, stolen from us. When asked by Newsweek in 1986 about competition from Black-owned firms in the Black hair care industry, Irving Bottner, then CEO of Revlon, said: “In the next couple of years, the Black-owned businesses will disappear. They’ll all be sold to white companies.” The prophecy came true. The most iconic Black hair care brands, such as Sta Sof Fro and Dark & Lovely are in the portfolios of Dutch-owned Unilever and French beauty giant L’Oréal. You wouldn’t know it by looking at the boxes or ads.

The depletion of Black business power was exacerbated by the lack and loss of self-help economics, so proudly and productively practiced by other groups that succeeded in supporting members of their own communities. So sick of seeing these devastating disparities manifest in a daily death tally for the West and South Sides of Chicago, and the steady stream of Black banks begging for bailouts and buyouts in 2008, I conducted a year-long experiment in which my family and I publicly pledged to exclusively buy Black for an entire year. I was also inspired by the election of my former law professor, Barack Obama.

I set out (and failed) to prove that buying Black can demonstrate our commitment to curing economic injustice. My community’s response to my family’s project, which I called The Empowerment Experiment, in terms of economic solidarity, was lackluster at best. Lots of pats on the back. Fewer converts.

I learned that most Black folks accepted that the culture- and community-sustaining Black ecosystem was gone for good. We gave up. We gave in. And after our Black year, I had to swallow the fact that just as Barack Obama’s election did not rid us of the rule and reign of racism, neither did my buy Black stand and study.

The buy Black conversation and commitments stemming from the racial reckoning of 2020, as short-lived and unfulfilled as they were, gave us a glimmer of hope. We can try again, and I hope we get it right this time. Just as voting for a Black man was not only good for Black people, neither is that the case for the Buy Black movement, whose benefits fan across all the people of the nation.

The majority of employees of Black-owned businesses are Black people, who are the most unemployed segment in the US. Getting a job is the greatest deterrent to offenders returning to crime, and Black businesses are more likely to hire ex-offenders, so committing to supporting these businesses is not just a way to support entrepreneurs who’ve been struggling against entrenched racism, but also an effective deterrent to crime and recidivism. Black entrepreneurs create hope and pride, and serve as role models that can deter crime in ways that increased policing or even criminal justice reform cannot. According to a 2015 article in Bloomberg, growth of African American-owned businesses was strongly linked to a reduction in Black youth violence between 1990 and 2000.

Last but not least, proactively supporting these businesses can have an outsized impact on the community – meaning that proportionally, a small investment in the Black economy rivals a much larger investment in mainstream business. According to a 2021 McKinsey report, for every dollar spent with Black-owned businesses, the economic effect feels like a five-dollar investment, because that dollar stays and is recycled in and among the community.

Buying Black is not racist or even revolutionary. Buying Black is normal and necessary, simple and time-tested. Still, it is so underutilized, trivialized and radicalized, even though if we just try to recreate the successes of eras past, buying Black will benefit us all.

… as 2022 draws to a close, and you’re joining us today from Denmark, we have a small favour to ask. It’s been a challenging year for millions – from the war in Ukraine, to floods in Pakistan, heatwaves across Europe, protests in Iran, global economic turbulence, and continued repercussions from the global pandemic. The Guardian has delivered rigorous, fiercely independent reporting every day. It’s been no mean feat. Will you support our work today?

Being a reader-funded news publication allows us to keep our journalism open and free for everyone across the world. This feels more vital than ever. In 2022, millions have turned to us for trusted reporting on the events that shaped our world. We believe equal access to fact-checked news is essential for all of us.

Unlike many others, the Guardian has no shareholders and no billionaire owner, so our reporting is always free from commercial and political influence. This emboldens us to seek out the truth, and fearlessly demand better from the powerful.

Now, more than ever, we understand not everyone is in a position to pay for news. But if you are, we need you this December. Whether you give a little or a lot, your funding will power our open, independent journalism for 2023 and beyond. And regardless of your ability to pay, we welcome you as a reader. Support just once from as little as €1, or to make an even bigger difference and unlock exclusive extras, consider giving €10 or more each month. Thank you.