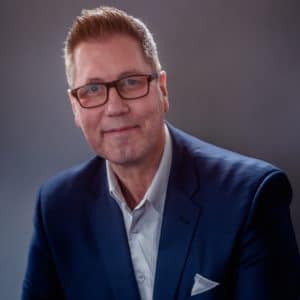 Why you should book speaker Kurt A. David

Speaker Kurt David is the producer of a number of TV shows including creator as well as host of
the Emmy Award Winning TV Show and acclaimed book, “From Glory Days” which interviews Hall of Fame and World Champion former professional athletes about their successful transition into life and careers after pro sports achievements.

Kurt David was himself a professional basketball player but was injured forced into a most difficult life-changing situation; he found himself unemployed and had to walk away from something he truly loved and felt passionate about. He ​then re-created and re-branded his success by discovering keys and strategies to successfully navigate Change Management. The results of sharing this knowledge with keynotes included: Improved Productivity, Improved Morale, Healthier Leader Relations, Swifter Transition, and an Engaged Workforce as well.

He has presented to companies such as the leadership of AMCOR (the worlds largest packaging company), MORPACE (international marketing company), BLUE CROSS/BLUE SHIELD (insurance company in 190 countries) as well as attorneys, doctors, financial institutions, governmental agencies, and much more.

Kurt David speaks about meeting change and adversity head-on. He shares his own personal  experiences, including his pro basketball career which was cut short due to an injury and he educates his listeners on what to do next, how to handle change – even when change is not necessarily wanted.

Change is one of the few constants in both work and life. Whether we seek change or change finds us, we must face the change that slows scaling and workforce productivity.

The amount of time spent by individuals, organizations, and businesses implementing change is surprisingly high. Quality of productivity in the workplace can improve drastically by applying Kurt’s five commonalities highly successful individuals, organizations, and businesses have done to assure success during change and transition.

Discover in this session these time tested five keys that will help you face change like a champion.

We’re all called to lead at some point in our lives whether at the office, home, or in the community. How we perceive ourselves as leaders is the first step in developing ourselves and those we lead into legendary leaders.

Change happens to all of us and no one is immune to the differences or unrealized expectations that often cause challenges. The amount of time spent by organizations and businesses on change management is surprisingly high.

Quality of relationships and productivity in the workplace can improve drastically by applying the right information to resolve disputes before they escalate.

Discover during this session the eight principles that can equip leaders to better communicate change while handling the potential conflict and expectations and reduce miscommunications destructive impact.

Keynote topics with Kurt A. David