A sports agent's keynotes on leadership and making a difference 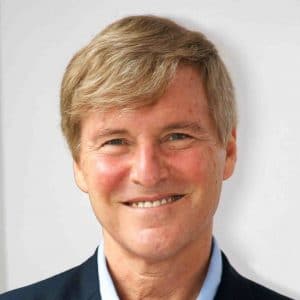 Request fees and availability
Keynote speaker Leigh Steinberg boasts more than forty years of impressive success within the sports and entertainment industry; Steinberg Entertainment is a premier boutique agency for individuals and organizations alike seeking to add some exceptional extra value to their endeavors.

Leigh Steinberg was born in Los Angeles, his parents, a teacher and a librarian. He took law degrees from Cal where he was also student body president during each tenure. He has represented a downright impressive number of stars and successful athletes, coaches and sports personalities in basketball, baseball, football, hockey, golf and boxing, including Oscar De La Hoya and Lennox Lewis. He has also represented a wide range of Olympians as well as professional teams. Leigh Steinberg ha secured over three billion dollars for his more than 300 pro athlete clients and he has directed more than 750 million dollars to various charity organizations and projects around the world.

Charity causes are indeed close to Steinberg’s heart; he has always sought to give to those less fortunate, trying to make the world a better place. He has received numerous commendations from Congress and State Senate, from the Los Angeles City Council and the Orange County Board Of Supervisors, from presidents Reagan, Bush and Clinton too. He has also been named Man Of The Year more than a dozen times by March Of The Dimes, Cedars-Sinai, the Southern California Boy Scouts and Los Angeles Human Relations Commissions, and several other professional and charitable organizations. He has also been awarded the so-called Keys To The City in both San Francisco, CA, Jacksonville, Memphis, TN, FL and Concord, CA.

Leigh Steinberg is often credited as being the inspiration for the Oscar-winning film, Jerry Maguire. He received a production credit in the movie and he also consulted on other titles such as For Love Of The Game, Any Given Sunday and Arli$$.

He has been a feature of many national TV programs including Larry King, 60 Minutes and Fox News and he has been covered in famous magazines such as Sports Illustrated, Forbes, Business Week and Playboy to mention but a few. Furthermore, Leigh Steinberg contributes a weekly column to The Huffington Post, to Forbes, and the Daily Pilot as well. He even sometimes writes guest columns for The New York Times, Sporting News and more. He is the author of the best-seller, Winning With Integrity, which focuses on how to achieve success and improvement through non-confrontational negotiation.