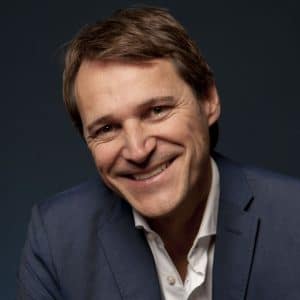 Request fees and availability
Keynote speaker Rolf Dobelli is a bestselling writer and entrepreneur. As a successful businessman with over 20 years of international experience he can deliver enlightening talks with scientific facts that increase the quality of decisions in business and private life. Rolf Dobelli is the perfect speaker if you want to learn more about wise decision making.

After studying at the academically highly acknowledged Swiss University of St. Gallen, Rolf Dobelli joined Swissair in 1992 as Chief Executive Officer of several of its subsidiaries. In 1999, he co-founded getAbstract, the world’s largest publisher of compressed business knowledge.

From 2003 until 2008, Rolf Dobelli hosted a weekly show on Bloomberg Television. He writes a weekly column on cognitive errors for Switzerland’s largest Sunday newspaper and for the reputable weekly Die ZEIT. Rolf Dobelli founded ZURICH.MINDS, a community of the world’s most famous and distinguished thinkers, scientists, artists and entrepreneurs including Nobel prize winner Kurt Wuthrich, Matt Ridley (The Rational Optimist), philosopher Daniel Dennett and many others.

Rolf Dobelli creates all of his keynotes in close cooperation with the client and based on his publications. His most popular work is “The Art of Thinking Clearly”, where he explains cognitive errors and gives insight into the world of decision making. His keynotes are memorable, entertaining and immediately applicable. All of Rolf Dobelli’s arguments are scientifically grounded and ethically appropriate. Applying his advice leads to immediate results and can enhance business success.