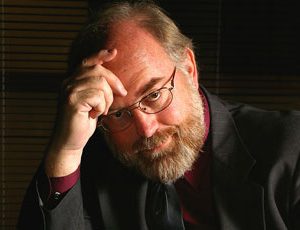 Executive Director of the DaVinci Institute, author, and futurist speaker revolutionizing the thinking about the future

Request fees and availability
Over the past decade, Keynote Speaker Thomas Frey has built an enormous following around the world based on his ability to develop accurate visions of the future and describe the opportunities ahead. Having started seventeen businesses himself and assisting on the development of hundreds more, the understanding he brings to his audiences is a rare blend of reality-based thinking coupled with a clear-headed visualization of the world ahead.

Author of the 2011 book “Communicating with the Future,” Futurist Speaker Thomas Frey is a powerful visionary who is revolutionizing our thinking about the future.

As the Executive Director and Senior Futurist at the DaVinci Institute, he works closely with the Institute’s Senior Fellows and Board of Visionaries to develop original research studies, which enables him to speak on unusual topics, translating trends into unique opportunities.

Before launching the DaVinci Institute, Thomas spent 15 years at IBM as an engineer and designer where he received over 270 awards, more than any other IBM engineer. He is also a past member of the Triple Nine Society (High I.Q. society over 99.9 percentile).

Thomas has been featured in hundreds of articles for both national and international publications including New York Times, Huffington Post, Times of India, USA Today, US News and World Report, The Futurist Magazine, and many more. He currently writes a weekly “Future Trend Report” newsletter and a weekly column for FuturistSpeaker.com.

12 LAWS OF THE FUTURE

A  futurist helps turn people around and give them some understanding of the driving forces that are forging the world of tomorrow.

As a way of making the future understandable, Thomas Frey has assembled a series of “12 Laws” to both expand our thinking and put it into a usable framework for others to work with.

Combined with other themes such as the “Future of Business” or the “Future of Agriculture,” the 12 Laws of the Future will create a powerful opening keynote for your next conference or event.

This talk is be custom tailored to match the needs and interests of your specific audience. The overall goal is to take a probing look at the major forces behind today’s chaotic business environment and focus on where the opportunities lie. It is the perfect opening keynote for an event, setting a positive tone with a message of hope and inspiration for tomorrow’s business leaders.

FUTURE LIBRARIES AND THE FOUR CROSSROADS OF CHANGE

Books are becoming increasingly digital in nature. As books continue to evolve, the notion of what a book is and how it will be used to convey its content, will be an evolutionary metamorphosis unlike anything we have ever seen.

At the heart of all these changes is the constantly evolving library, a library adept at reinventing its services to meet the changing needs of their constituencies. In the future, libraries will be defined far more by the journey they’ve taken rather than the brick and mortar they exist in today.

As a futurist, Thomas Frey sees inspiring opportunities being created inside the chaotic evolutions of change. The golden years of libraries are still ahead, and your library can be part of it.

THE EVOLUTION OF WORK

Business is becoming very fluid in how it operates, and the driving force behind this liquefaction is a digital network that connects buyers with sellers faster and more efficiently than ever in the past.

But the effect of our flowing digital business world does not stop with how transactions are performed. Instead, it has begun to morph and change virtually every aspect of how business is conducted including the duration and permanency of work assignments, the employer-employee relationship, and the organizing principals around which work assignments and talent coalesce.

At the heart of the coming work revolution will be a new kind of business structure serving as an organizational magnet for work projects and the free-agent talent needed to complete the work.

THE FUTURE OF INNOVATION

The world around us has accelerated far past anything that worked previously on the innovation front, and continues to move into virgin territory where old rules no longer apply. So where will the creative minds of tomorrow take us? What are the forecasts for future sciences, talent trends, intellectual property breakthroughs, and societal shifts that will change the way business works in the future? This talk helps listeners climb aboard a fascinating journey into what’s hot in tomorrow’s world of innovation.

THE CITY OF THE FUTURE

The relational effect is clear: Bright minds make a community great, and great communities attract bright minds. With this in mind, the city of the future will be designed around eight dimensions of human connectedness, connecting great people with great ideas. A connected community is a vibrant community, Ideas are exchanged, energies are exchanged, and people become extremely loyal to the networks that connect them to the rest of the world. While it is now easy to communicate with people all over the world, we can only physically interact with people and places locally. Human connectedness involves much more than just communication. And its not just about business life, family life, or what we do for entertainment. It is all of that and much more.

All Thomas Frey’s talks are custom tailored to the specific topic, audience and event

Communicating with the Future by Thomas Frey 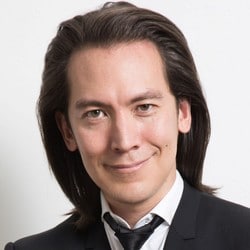 Expert on future trends & emerging markets and CEO of Tomorrow, an innovation consultancy preparing businesses for the future 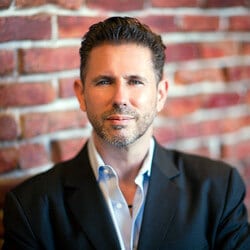