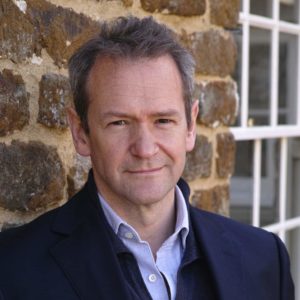 Xander has hosted the hugely popular quiz show Pointless since it began in 2009. Other presenting roles include Alexander Armstrong’s Big Ask and Epic Win, as well as frequently guest hosting on BBC1’s Have I Got News For You. In 2015, Xander fronted a documentary series for ITV, In the Land of Midnight Sun, in which he embarked on an epic 8000-mile journey halfway around the Arctic Circle.

Xander’s onscreen travels have extended to a history series for the BBC, Italy’s Invisible Cities which aired in 2017. This followed on from the 2015 BBC series Rome’s Invisible City, which saw him explore the hidden tunnels of Italy’s capital.

In 2017, Xander presented ITV’s Teach My Pet To Do That which follows a team of specialist pet trainers as they train a range of animals to pull off incredible tricks. He is fronted a BAFTA-nominated documentary, marking the 20th anniversary of The Full Monty as part of an awareness project for prostate and testicular cancer.

He has also turned his hand to straight acting and has starred in numerous TV dramas including Love Life, Life Begins, Saxondale and appeared in Julia Davis 2012 comedy Hunderby. Xander appeared in the ITV2 post-apocalyptic sitcom Cockroaches. He also is the voice of the children cartoon series Danger Mouse.

Music is a huge love of Xander’s and he presents the flagship weekday mid-morning radio show for Classic FM. In 2015 he joined forces with the stars of the Warner Music Group, working on a medley of classical songs for his debut solo vocal album, A Year of Songs. It reached number six on the UK Albums Chart in its first week and topped the UK Classical Charts, the first time a comedian/actor has reached number one in that chart! In 2016 he released his second album, Upon a Different Shore, and toured the UK performing. He also starred as Max Detweiler in the TV special The Sound of Music Live for ITV in 2015.

In a quest to discover the story behind his family history, Xander featured in the BBC series, Who Do You Think You Are? in 2010 discovering that he was a descendant of William the Conqueror! Hugely popular on the corporate circuit, Alexander Armstrong is much in demand for awards hosting, after dinner speaking and PR campaigns. 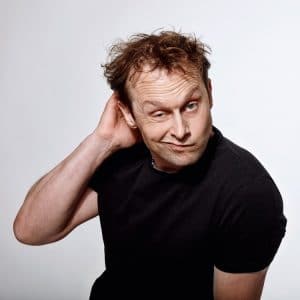 Comedian, author, and cancer survivor now talking about his life with and after cancer based on his two popular books

Our keynote speaker Geo (born Christian Geo Heltboe) is a famous Danish comedian. In 2011, he was diagnosed with cancer and his career and life changed. Since he was declared cancer-free in 2012, he has spoken about the topic of cancer and how to... 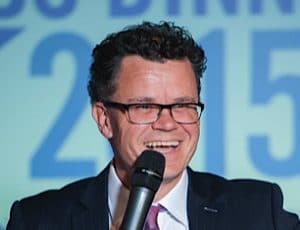 Our keynote speaker Dominic Holland is an award-winning, professional comedian. He is the sought-after host of countless, successful business events, conferences and dinners. Dominic can add value and the little important extra humor to events...