Request fees and availability
Keynote speaker Gerald Ratner was the infamous businessman who fell from grace after an unfortunate gaffe. He has struggled to climb back to the top and has learnt valuable lessons on the day. Today he is a popular keynote speaker with a humourous and erudite style. He shares the story of his mistakes and what we all can learn from them. His story is an inspiration and will give valuable lessons to any audience.

Gerald Ratner is a British household name and a well-known businessman. He is also a name associated with one of the business world’s biggest falls from grace.

Gerald Ratner took over as CEO of the family jewellery chain in the mid 80s, becoming one of Britain’s best known businessmen. He transformed it from 130 stores with sales of £13m, to a public company with 2,500 stores and sales of over £1.2bn.  By 1990, Ratner’s was the world’s largest jewellery retailer with profits in excess of £120m.

Following a high profile gaffe in which he described some of the products sold in the stores as ‘total crap’, he spent 18 months trying to do damage control but was eventually forced to sell the business.

He lost everything and was reduced to staying-in watching Countdown in the afternoons, depressed, ostracised and bewildered. He tried to buy a site to start a health club in Henley but no bank would back him as he had no covenant. That is until he devised an ingenious way of raising some capital.

Gerald eventually bought and developed the health club then sold it 3 years later for £3.9m. This was the start of his comeback. He then started his online jewellery business after a fellow jeweler did some market research showing Ratners was still, over 10 years after the event, the most publicly-recognized name in jewellery retailing. However, he was blocked from using his own name by his old company and had to settle for GeraldOnline which today is turning over some £25m and is ready to go public.

Today Ratner’s gaffe is still famous in the British Retail industry as an example of the value of branding and image over quality. Such gaffes are now often referred to as Doing a Ratner . His story of Riches-to-Rags disaster at his very own hands fascinates and intrigues. It will be an inspiration to many who have experienced rejection, loss and humiliation.

Gerald Ratner talks about his life in a humourous and motivational way and throws light on how he picked himself up after ‘that’ gaffe to run a successful business.

What is the message you hope people take away from your presentations?
If I can come back from where I was then anyone can.

How are your keynotes unique?
My mistake was regarded as the worst in corporate history yet I’ve turned it in to a positive.

What is the most important lesson you have learnt as a businessman?
Never give up. Don’t think you won’t get another chance. Sometimes the route to success is rejection.

What types of audience benefits most from your talks?
People who have to deal with difficult situations.

What are your top three tips for budding entrepreneurs? 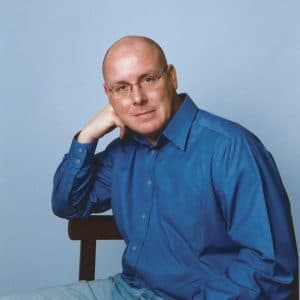 Sought-after presenter Nick Leeson brings the most unique Finance keynotes for your next event, seminar or keynote

Despite more audacious and larger scale incidents of rogue trading since the collapse of Barings in 1995, keynote speaker Nick Leeson remains the most infamous rogue trader and one of the world's most sought-after speakers within the financial...

Author, expert on innovation and famous entrepreneur and co-founder of the coffee chain Coffee Republic

Keynote speaker Sahar Hashemi is an entrepreneur who co-founded the coffee chain Coffee Republic, the first of its kind in the UK.  In 2019 she published her third book, Startup Forever: How to Build a Startup Culture in a Big...