Considered to be the best mentalist in the world, Lior Suchard is the most sought-after entertainer of his kind.

When I first experienced Lior’s mental gifts, I knew I was in the presence of someone extraordinary. Each time our paths cross, I’m more and more fascinated by how he does what he does.

Request fees and availability
His mind-blowing performances of miraculous predictions, influencing thoughts and startling mind reading have made him the most sought-after mentalist in the world. Suchard har performed his sell-out show in over 70 countries worldwide and is one of the most in-demand performers among Fortune 500 companies for their corporate events and for high-end private events as well.

Performing these amazing mental feats, Suchard takes live audiences on an incredible journey through the wonders of the human brain. Suchard’s acts are build on drama astonishment, and integrates lots of humor and full audience participation to create the ultimate combination of wonder, laughter and fun.

Lior has left live audiences in awe all around the globe. He featured in Barbara Streisand concerts tour. Been featured on numerous TV specials. He became a mainstay on the Tonight Show with Jay Leno and had 5 appearances at Ellen DeGeneres. Other memorable TV appearances saw him amaze the legendary Larry King in a One on One Special and almost reduce an astonished Barbra Walters to tears on The View. Lately he had his fifth epic appearance at James Gordon that left him, guest and audience speechless

Aside from his appearances around the globe, Suchard invests his time in startups and initiatives, advising, making connections and helping companies find their special storytelling.

Lior’s private shows have been known to dazzle celebrities, corporate titans, politicians and even royalty. His show works incredibly well in an intimate group setting, providing guests with something to think about (or to try not to think about) long after the show is over.

Lior takes the special acts he performs on the stages and the best TV shows globally and incorporates them into your event.

Whether it is a large conference, a small reception or an intimate company meeting, Lior has the power to transform any corporate event into a unique occasion.

His energetic performance is guaranteed to entertain, inform, as well as motivate both clients and employees. Most importantly, Lior gets your business message across in an unforgettable way.

Lior developed a special concept of “infotainment”, where he creates tailor-made acts, based on the company’s messages and brand. He incorporates and conveys the company’s business messages, specified targets, services and products in a very unique way.

His greatest skill is as Master of Ceremonies (MC), presenting the keynote speakers or presentations. He keeps the audience intrigued the entire event. Lior’s breakthrough acts between speakers and presentations will do the trick.

Lior’s elegant manner and gentle humor make him a great ice-breaker for any business meeting.

Because of you, the conference was a big success.

And I thought I’d seen it all.

You are a real-life Jedi!

Absolutely breathtaking! You overthrew us! I will keep promoting you everywhere I go.

Holy s#[email protected], that was amazing!!

Both of us know how to be funny and entertaining. It's a pity I cannot read thoughts too.

When I first experienced Lior’s mental gifts, I knew I was in the presence of someone extraordinary. Each time our paths cross, I’m more and more fascinated by how he does what he does. 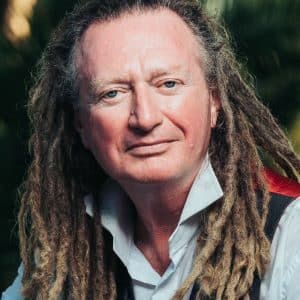 Following his time in the music business with the 80s band Scritti Politti Tom has developed a truly artistic way of living where every experience leads him to the humorous uncovering of some universal truth.

He turns his disasters and successes into stand-up comedy for conference audiences. 40 years onstage, first behind a drum kit then being the multi-talented front man for whole troupes of performers earned him the name ‘The Rhythmic... Alongside his world-famous magic show, Michael Grandinetti is a passionate performer who offers motivational speaking and can tailor his show to suit a variety of audiences, with illusions and tricks large and small.

Michael Grandinetti has honed his craft over the last 20 years, helping to give his art of magic and illusion a contemporary twist. He is much sought after to appear on TV, having made an appearance on a lot of TV shows, but he has also become a... 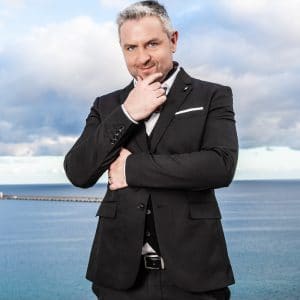 Speaker Alex Blackwood is the founder of "Mind Craft" and expert in all things body language and mentalism. Alex aligns your organization through his keynotes on mental strategies used to gain insight and enhance customer engagement and employee... Kim Davis is a leading media broadcaster and marketing expert who is known for her innovative methods that fuse business with The Arts. For over 20 years, Kim has worked with A-list celebrities, such as Beyoncé, Andre Agassi, and Marc Jacobs, and...

Keynote speaker Tom Coverly, also known as “The Illusionist”, is a professional comedian and motivational entertainer. He has performed for millions around the world and is a sought-after speaker for schools for his anti-bullying talks but has... 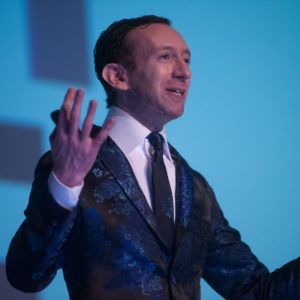 Keynote speaker Shed Simove is passionate about helping people think outside the box. He’s known as “The Ideas Man” and has made quite a name for himself in the novelty gift industry. Shed is funny, energetic and confident on stage, and his...