Become the best version of yourself - and make an unforgettable impact 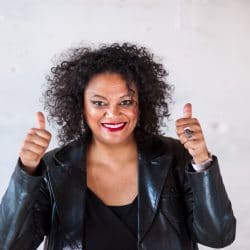 This empowerment speaker with a "Yes you can" mindset speaks on personal leadership, sales is sexy and branding

Request fees and availability
Empowerment speaker Lucinda Douglas helps women to reach the top of their capacities, become the best version of themselves and become successful in life and business! She was nominated for the encouragement award “Ethnical Business Woman of the Year” as well as the VIVA 400 as one of the most inspirational women. Speaking from the heart, Lucinda infects audiences with her positive attitude and belief that YES YOU CAN!

As an international keynote speaker, Lucinda Douglas knows how to motivate and inspire people like no other! With her YES YOU CAN mentality she reaches a wide audience and empowers them to go beyond their limits – making the impossible possible!

She loves getting teams in the winning mood, so that set-back and negative experiences won’t influence their goals and well-being. She is a life artist specialized in leadership, sales, marketing and personal branding. Her high-energy speaking style and positive mindset energizes and empowers clients to achieve success.

As a transformational speaker Lucinda Douglas has empowered audiences from major companies including UPS, Salesforce, Samsung, PWC, and the Dutch Defence forces. She has also spoken at the African Top in Nigeria in 2018 and the United Nations has often asked her to write columns on topics like the existence of the glass ceiling. She has also participated in a European program called: The future is female. Lucinda is the European Board Member of Women in Exhibitions. After her last corporate position- Commercial director of an international transport and logistics company she chose to become and author, speaker, mentor and give advice to companies on how to become irresistible.

Born in South Africa and raised at the time of the apartheid, she experienced many hardships but none that she has not that she has not been able to conquer. Lucinda moved to The Netherlands 2 decades ago. Despite arriving in a new country with no knowledge of the language, her YES YOU CAN mentality and her resilience pushed her past all obstacles. When life throws obstacles at her, Lucinda can bounce back thanks to her positive mindset. In 2012 she was named Top 10 Sales Leader of the Netherlands. In 2016, Lucinda was nominated for the Ethnic Business Woman of the Year Entrepreneurial Award and named VIVA 400 as one of the most inspiring women in the Netherlands. Lucinda is an honorary lecturer at the university of Wittenborg as she knows how to inspire.

Lucinda believes that for women to get ahead, they have to buckle up and she knows how to get them moving. In particular she’s an expert on the topics of bounce-back and resilience, female leadership and entrepreneurship. She passionately coaches and empowers women to overcome self-imposed limits and achieve their dreams.

“My personal story and my energetic action serve as a springboard so that you, without hesitation, fear and hindrances, deeply indulge yourself in doing business and living your dream. Because nothing stops you. Yes You Can!”

Empowerment Keynote: YES YOU CAN!

Power Play! Inspired by succesfull people from all walks in life.

‘Power Play’ is the name of my chapter in my newest book called ‘The only 21 stories you will ever need to be successful in life & business’. 21 stories compiled by me.

No guts, no glory
Back in 2012 I became the commercial director of an international organisation. I had never been a director before, never had a single education in this direction but I had ten years of hands on experience as an account manager. I worked in transport and logistics and I loved it. So when I saw that one of my contacts in my smartphone had vanished, I decided to call the director and tell him that I would be there within 48 hours. No I didn’t tell him that I still had to drive 1.600 km because I was on holiday! No, I had a job to catch.

Commercial director
48 hours later I was in an all-male boardroom and I loved it! I loved every second of it. It was a true power play and an hour later I had a position that suited me. It fitted me. I assure you I lost all insecurity the moment I got that title. I remember saying to them: ‘I have one hour because I have to be somewhere else after this.’ I had nothing, my business was at a crossroads and I needed this job for my confidence and finance. But never, never would I allow anyone to notice that.

I won the game and four months later the royal owners flew in from London and asked whether I would perform my magic in England. You see, my presentation was perfect, my confidence was on par and I was focussed.

Keep it personal
People came to me with all kinds of stories. They needed someone to talk to and that was exactly the feeling I wanted to give people. That they were heard, seen, noticed and acknowledged. I knew one thing, the more space I gave them the bigger their responsibility became and their loyalty grew towards me as a person. And let’s be honest, people do business internally and externally with people who value and respect them and people who allow them to be themselves and allow them space to flourish.

Boosting my confidence
I think that when you do things you have always done, it kills your confidence but the moment you start doing things you have never done you grow and flourish. I allowed myself to get to know myself in this position and took everything from there. The moment I stopped this job, I immediately wrote my first management book called ‘Sales Is Sexy’. Amazing what confidence, guts and audacity can do with a person.

I absolutely advise you to read ‘The only 21 stories you will ever need to be successful in life & business’. The book is filled with very different stories from successful people from all walks of life and it will inspire you too. 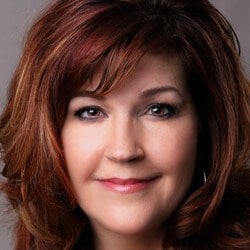 Our keynote speaker Tracey Jones pushes her audiences to positive change through witty and down to earth talks. Tracey's journey of lifelong learning has provided her with nearly four decades of leadership experience in fields such as the military... 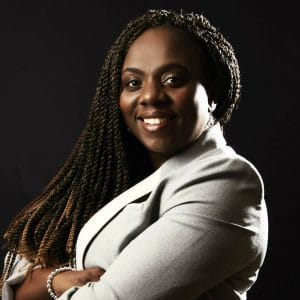 Life and business coach who will help you discover your talents and reach success by shifting your mindset!

Dr. Ava Eagle Brown is a master coach and transformational speaker. She grew up in a very poor part of Jamaica, where she had to work hard as a little girl just to make enough for dinner. Today, keynote speaker Ava Eagle Brown is an international...