Perspicacious insights into political trends in the west

Request fees and availability
Keynote speaker Matthew J. Goodwin is an experienced public speaker and an expert in politics. He delivers keynotes on topics like Brexit, elections and populism in Europe. He speaks around the world to a wide range of groups of people. He delivers traditional keynotes as well as more interactive discussions, depending on what the audience requests.

Matthew J. Goodwin is a political scientist and holds a BA (Hons) with first-class honors, a M.A and a PhD. He is currently Professor of Politics at Rutherford College, University of Kent and Senior Visiting Fellow at the Royal Institute of International Affairs. He has written five books and multiple articles on politics, and he regularly talks on debates and discussions on BBC News, CNN, Radio 4 and more. He has given many keynotes to many people across the world including scholars at Harvard and investors in Dubai and New York.

Matthew has received many awards for his academic work. In 2014 he was awarded the Richard Rose Prize, which is given to a scholar for their contribution to the study of politics. The same year he was awarded the Communicator Prize for his work of disseminating research to non-academic audiences. In 2015, he won the Paddy Power Political Book of the Year for his book “Revolt on the Right” co-authored with Robert Ford.

Matthew has helped numerous organizations like the Home Office, the US State Department and large financial institutes. Matthew has a wide range of knowledge when it comes to politics, and he is the perfect addition to any financial or political event. 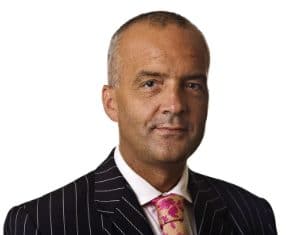 CEO, Chief economist of macronomics and leading British expert on the economics and geopolitics of Brexit

Professor and keynote speaker Graeme Leach is CEO and Chief Economist of macronomics, a macroeconomic, geopolitical and future megatrends research consultancy, aimed at financial markets across the globe. He is one of Britain’s leading experts on...