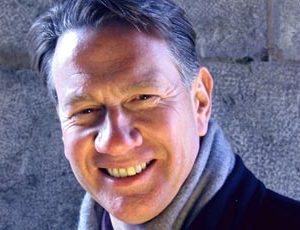 "Michael exceeded what was expected of him and expertly guided us through the event."

Request fees and availability
Michael Portillo is a gifted politician and public speaker. He has had years of experience both in the political arena and the media industry. His knowledge is the foundation of his talks on global security, globalization, employment and other relevant political and societal issues. Don’t miss out on a captivating talk by our popular speaker Michael Portillo.

Our speaker Michael Portillo was born in North London, in 1953 . Luis, his father, had come to Britain as a refugee at the end of the Spanish Civil War, and Michael’s mother, Cora, was brought up in Fife. Michael attended Cambridge, where he gained a first class degree in History.

He left Cambridge in 1975, and for a year worked for a shipping company. Michael moved to the Conservative Research Department in 1976, and he spent three years there. At the General Election in 1979 he was responsible for briefing Margaret Thatcher before her press conferences. For the following two years he was special adviser to the Secretary of State for Energy.

The keynote speaker Michael Portillo returned to politics as a special adviser to the Chancellor of the Exchequer (Nigel Lawson) and in December 1984 won the by-election in Enfield Southgate, caused by the murder of Sir Anthony Berry MP in the Brighton bombing. Michael represented the seat for thirteen years but was then defeated in the 1997 Election.

After his 1997 electoral defeat, Michael returned to Kerr McGee as an adviser. He also turned to journalism. He wrote about walking as a pilgrim on the Santiago Way, and working as a hospital porter. He had a weekly column in The Scotsman. Michael had a three part series for Channel 4 about politics Portillo’s Progress, and a programme in BBC2’s Great Railway Journeys series, which was partly a biography of his late father, and radio programmes on Wagner and the Spanish Civil War.

The politically minded speaker Michael Portillo was re-elected to Parliament in a by-election in Kensington and Chelsea in November 1999 and was Shadow Chancellor of the Exchequer February 2000 – September 2001. Following the Conservatives’ election defeat in 2001, Michael unsuccessfully contested the leadership of the party. In 2005 Michael left the House of Commons.

He has made a number of television programmes for BBC2 including Art that shook the world: Richard Wagner’s Ring, Portillo in Euroland, Elizabeth I in the series Great Britons, When Michael Portillo became a single mum, Portillo Goes Wild in Spain (a natural history programme) and The Science of Killing (for Horizon). In 2003 he began the weekly political discussion programme This Week on BBC1 with fellow presenters Andrew Neil and Diane Abbott MP. Beginning in 2004 Michael became a frequent columnist on The Sunday Times and was the theatre critic of The New Statesman between 2004 and 2006. In 2008 he chaired the judges of the Man Booker prize.

Our speaker Michael Portillo is a member of the International Commission on Missing Persons in the former Yugoslavia (which organises the identification of massacre victims) under the chairmanship of Jim Kimsey, and sat on of the Board of BAE Systems plc from 2002 to 2006. He joined the board of the Kerr McGee Corporation in 2006.

Michael exceeded what was expected of him and expertly guided us through the event.

"Michael exceeded what was expected of him and expertly guided us through the event."