Useful knowledge on effective and strategic communication, leadership and politics

Request fees and availability
Keynote speaker Alastair Campbell is a writer, communicator and strategist best known for his role as spokesman, press secretary and director of communications and strategy for former British Prime Minister, Tony Blair. Alastair is still active in England’s Labour politics. He now splits his time between writing and broadcasting, speaking, consultancy, and politics. He delivers useful keynotes on effective and strategic communication, leadership and politics.

Alastair Campbell was born in Yorkshire in 1957. His family moved to Leicester in 1968, and he went to school there until going to Cambridge University in 1975 where he obtained a degree in modern languages.

His university education included a year in France when he had his first “journalism” published, articles on sex in Forum magazine. He also busked around the world with his bagpipes. Finally he decided to become a journalist and trained with the Mirror Group on local papers in the West Country before joining the Mirror itself in 1982. He left in the mid 80s to work for Eddy Shah’s Today newspaper as news editor but had a nervous breakdown and left to return to the Mirror after convalescence. He later rose to become the political editor and the paper’s chief political columnist.

Alastair Campbell briefly worked for Today under new ownership in 1994 before being asked by Tony Blair to be his press secretary when Mr Blair became leader of the Labour Party. He did this for three years, and played a key role helping to create New Labour and return the Party to power.

After the 1997 election he became the Prime Minister’s Chief Press Secretary and Official Spokesman, which entailed the co-ordination of Government communications and twice daily briefings of the press. He did this job for Labour’s first term but after helping Mr Blair win a second landslide election victory, he became Director of Communications and Strategy. He did this until he resigned in September 2003, saying it had been enormous privilege but he wanted more time with his family.

His main hobbies are running, cycling, bagpipes and following Burnley FC. He took up running nine years ago at the instigation of his sons and he has since run the London Marathon, the Great North Run, and the Great Ethiopian Run, and completed several full triathlons, all for Leukaemia and Lymphoma Research Fund, his best friend having been killed by the disease. He is the charity’s chairman of fundraising.

He returned to the Labour Party as campaign director for six months prior to the 2005 general election and again to help the Party in the 2010 campaign. He is one of the party’s most in-demand speakers at fundraising and motivational events, and was a founder of the GoFourth campaign aimed at focussing Party activists and the public on the need to understand the real choices facing Britain.

Passionate about sport, he was written about different sports for The Times, the Irish Times and Esquire magazine. He was communications adviser to the British and Irish Lions rugby tour of New Zealand in 2005. His charity projects have involved him playing football with both Diego Maradona and Pele, and appearing in a one off version of the popular TV programme, The Apprentice.

In his time in Downing St he was involved in all the major policy issues and international crises. He has said that in ten years in the media, and a decade in politics, he saw his respect for the media fall and his respect for politics rise. He is a sought after speaker at events around the world, specialising in strategic communications. On July 9 2007, he published his first book on his time with Tony Blair, The Blair Years, extracts from his diaries from 1994 to 2003, which was an instant Sunday Times Number 1 bestseller. He published his first novel, All In The Mind, in November 2008, and his second, Maya, on the theme of fame and friendship, in February 2010. In 2009 he broadcast a one hour documentary on BBC2 about his own breakdown in 1986. Both the film, Cracking Up, and All In The Mind, won considerable praise from mental health charities and campaign groups for helping to break down the taboo surrounding mental health. Earlier this year he published a short book, The Happy Depressive, which covers not just his own struggles with mental illness, but an essay on the politics of happiness. He also made an acclaimed BBC documentary on middle class alcoholism. He speaks regularly on mental health and campaigns against discrimination

Last year he won a Royal Television Society Award for a BBC North West documentary he made, ‘Burnley are back’, which featured the impact of Burnley FC’s promotion to the Premier League on the town. He also appeared as a teacher in Jamie’s Dream School, an educational TV experiment in which well-known people tried to reignite an interest in education among young people who had failed at school.

He is on the advisory board of the University and College of Football Business, based in Burnley but attached to Buckingham University, which offers Britain’s first undergraduate degrees in the business of football.

The Worst Things that Happen Can Often Be the Best 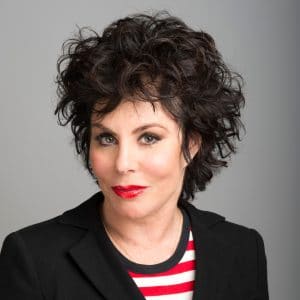 Speaker Ruby Wax is a well known TV personality and an active voice in the battle against mental illness. She facilitates workshops and presents keynotes which focus on neuroscience, communication, and leadership. Ruby effortlessly combines humor... 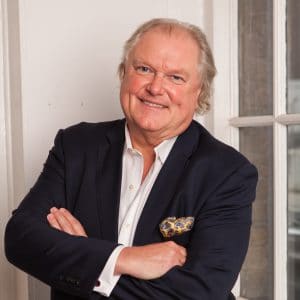 Keynote Speaker Lord Digby Jones learned a lot about the principles of business from an early age, and after twenty years at Edge & Ellison he achieved a senior partner position. In 2005 he was knighted for his services to business and in 2007...

Well-known defence lawyer and presenter of a number of TV documentaries and series, including “Presumed Guilty” for BBC1

Keynote speaker Michael Mansfield QC is one of Britain’s most well-known lawyers. He has been involved with some of the most high profile and controversial cases ever seen in the UK. He has also contributed articles to a number of publications and...