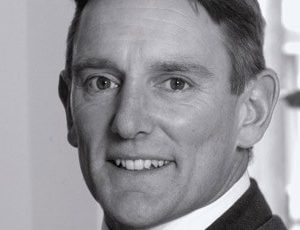 Successful entrepreneur, climber and adventurer who is a former Captain and Troop Commander in the SAS

Request fees and availability
Speaker Neil Laughton is a former Royal Marine and SAS officer turned business entrepreneur. As an established speaker, Neil entertains and inspires audiences all over the world to think big, feel confident and act like champions. He often works with major companies like Accenture and Coca-Cola and helps them by sharing his remarkable stories from innovative thinking to effective leadership.

Why you should book Neil Laughton

As a former Royal Marine commando, pilot and SAS officer, Neil always had the capability of navigating the complexities of a fast-changing world. This is also well reflected in Neil’s business career as one of his businesses grow to £40m turnover and was bought by a FTSE 100. Currently, speaker Neil Laughton is the Managing Director of Laughton & Co Ltd, Chairman of the Scientific Exploration Society and Captain of the England Penny Farthing Polo Team.

Besides, speaker Neil Laughton is highly passionate about adventure and travel. As an expedition leader, Neil led more than 50 expeditions on all continents. He climbed the highest mountain on each continent, skied to Both Poles and summited Mt Everest with Bear Grylls. To raise over £100,000 for three charities – Rockinghorse, Community Action Nepal and Mary’s Meals – Neil also rode almost 900 miles on a Penny Farthing bicycle. Moreover, Neil piloted the world’s first flying car on a 10000-kilometre journey between London and Timbuktu.

Speaking of flying, Neil travels all over the world to speak for leading companies such as Coca-Cola, Accenture, British Airways, Mercedes-Benz, Xerox and many more. As an experienced speaker Neil Laughton shares remarkable stories about risk taking, innovative thinking, cooperative teamwork, effective leadership and strategic planning. He is a great inspiration for all audiences to think big, feel confident and act like champions.

Neil offers after dinner as well as conference keynote presentations.

Get to know Neil by watching his video biography!
See keynotes with Neil Laughton

Keynote speaker J. Paul Nadeau’s experiences as a former hostage negotiator, police detective and international peacekeeper have taught him that we are all more alike than we are different. By treating each other with compassion and understanding,...