Captivating keynotes that are sure to entertain your audience 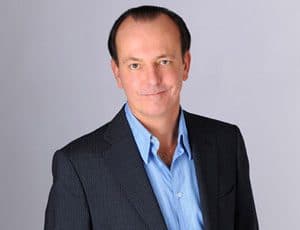 Expert on motoring, former Top Gear presenter and columnist who has had a great impact on the car industry

Request fees and availability
Keynote speaker Quentin Willson is a motoring authority and has worked alongsidemotoring icons such as Jeremy Clarkson. He has had a tremendous impact on the car industry in the UK and continues to contribute to the field with weekly columns and captivating talks. He amuses, entertains and amazes audiences.

Quentin Willson is an authority in the world of motoring. For more than a decade he presented BBC’s Top Gear alongside Jeremy Clarkson and he helped bring the once scandalously high prices of new cars in the UK down to the same level as the rest of Europe. While this may not have made him popular with car makers, he still remains a much-loved champion of Britain’s beleaguered motorists.

He is not afraid to give government ministers a hard time on the BBC Breakfast sofa, and in 2004 he was awarded Motoring Writer of the Year. Quentin is a regular face on all terrestrial, and many satellite TV channels, and is the creator and owner of the Britain’s Worst format, which has been sold in 27 different international territories.

In addition, Quention is a weekly columnist for The Sunday Mirror, writes and presents consumer programmes and documentaries, he is also the author of ten books and has appeared on dozens of radio and TV shows.

Quentin Willson is in high demand as a presenter, interviewer and host for corporate events as well as for his entertaining and original speeches on the after dinner circuit. His amusing anecdotes on service and consumer issues never fail to amaze and entertain the guests.

Anything motoring or car related including sustainability, hybrid and electric cars, tyre and road safety including awareness about winter tyres, budget tyres, part-worn tyres and also consumer related issues such as the Fair Fuel campaign.

We loved Quentin, he was fantastic!