Interesting keynotes on the development of cities and globalization 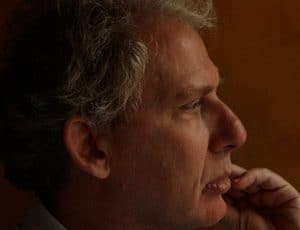 Professor, founding director of the LSE Cities, experienced architect and urbanist advises in the Field of Urban Studies

Request fees and availability
Ricky Burdett is a respected advisor, professor and speaker on topics pertaining to urban design, people, architecture and city policy. He is often contacted as an advisor on major projects, such as the Olympic delivery authority for the 2012 Olympic Games in London. Burdett delivers knowledgeable and interesting keynotes on the development of cities, the interaction of people and spaces, as well as urbanicity.

Ricky Burdett is a Professor of Urban Studies at the London School of Economics (LSE) and founding director of the LSE Cities, a research and teaching centre which explores the links between architecture, urban society, and urban design. Trained as an architect and urbanist, he has over 25-years’ experience in advising national and city governments, public and private agencies, organising architectural exhibitions and competitions, and communicating architecture to the media and general public, as well as leading innovative research on global cities, where he focuses on the interactions between people and space. In 2010, he was appointed Distinguished Global Professor at New York University.

Burdett has served as Chief Adviser on Architecture and Urbanism to the Olympic Delivery Authority for the 2012 Olympic Games in London – where he coordinated over 15 design competitions – and now advises the Olympic Park Legacy Company. He was also architectural advisor to the Mayor of London from 2001 to 2006, member of the Greater London Authority’s Architecture + Urbanism Unit and the City of Barcelona’s Quality Committee. An expert in urban design, policy and regeneration, Burdett was a member of the UK government’s Urban Task Force, chaired by Lord Rogers, which has shaped current national policy on cities in Britain. He has been adviser to the cities of Genova and Parma for the development of their new city plans and was a member of the Steering Committee for the 2015 Milan Expo.

Burdett was the Director of the 2006 Venice Architecture Biennale Cities, Space and Society and curator of the Global Cities exhibition at Tate Modern which attracted over 300,000 visitors. In 2007 he was chairman of the Jury for the 2007 Mies van der Rohe Prize.

Burdett is the Director of the ‘Urban Age’ series of international conferences on global cities which has investigated the spatial and social transformations of metropolitan centres like Hong Kong, Istanbul, Mumbai and Sao Paulo as well as New York, Shanghai, London, Mexico City, Johannesburg and Berlin. Recently he organised major conferences on the ‘Next Urban Economy’ in Chicago. He has contributed to a new report by the United Nations Environment Programme on the Green Economy.

Burdett is an architectural adviser to Tate and was on the jury that selected the scheme for the Tate Modern’s successful transformation of Bankside Power Station into a modern art gallery in London, which has attracted over 5 million people a year.

Outside the UK, Burdett has been a jury member of several international competitions, including the International Station in Val di Susa, the Centro Arte Contemporanea (MAXXI) in Rome, the international public Library in Milan and the Charles Hostler Centre at the American University of Beirut, and many other projects. He is a keynote speaker at international conferences, and has recently been invited to give public lectures at the Graduate School of Design of Harvard University, Columbia University, Princeton University, the Berlage Institute in Rotterdam, as well as professional and educational institutions in Beijing, Shanghai, Hong Kong, Barcelona, Venice, Milan and Rome.

Burdett was founder of the 9H Gallery and the Architecture Foundation in London. He was elected Honorary Fellow of the Royal Institute of British Architects in 1998, was a trustee of Somerset House and in addition to that, he is a Council member of the Royal College of Art. Burdett regularly contributes to media programmes on architecture and design and presented a short film on the Casa Malaparte in Capri for the BBC. He takes part in national radio and television discussions, including the BBC’s Start the Week, Nightwaves and In Our Time programmes and the BBC World Service. He is the author of numerous essays, articles and books including acting as editor of the authoritative ‘The Endless City’ and ‘Living in the Endless City’, as well as journal and newspaper articles in The Times, The New Statesman and Architectural Record.

Since the 1980s Burdett has curated over 40 exhibitions on contemporary architecture and urbanism. Educated in Rome, Burdett lives in London.