Get motivated to succeed in times of change and challenge 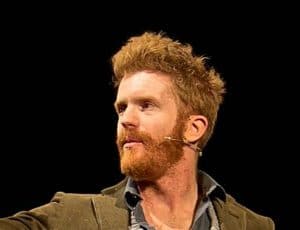 "He was great, took us all on the journey with him, and was engaging and very inspirational. 'we want a bigger beard for next time'"

Request fees and availability
Keynote speaker Sean Conway is an inspirational speaker and adventurer. He is the only person in history to complete the Ultimate GB Triathlon cycling, swimming and then running the length of Britain. His motivational keynotes are unique and transmit messages about boldly confronting oneself. Sean Conwey is an engaging speaker who can enrich any kind of event with his exciting life story.

As an extreme endurance athlete Sean Conway has already faced and overcome many obstacles. Keynote speaker Sean Conway is ambitious and knows what to aim for and how to achieve enormous goals. Motivation for the long haul despite disappointment, injury and setbacks is one of his permanent goals. Sean’s messages are built around his concept ‘Find Your Beard’ (verb: to boldly confront or challenge) and he’s passionate about encouraging others.

In 2015, resilient speaker Sean Conway completed the last leg of the Ultimate British Triathlon, running 1,014 miles in six weeks from Land’s End to John O’Groats. The run was the last addition to the 900 mile swim and the 1,300 mile bike ride of the length of Britain. This phase of his Ultimate Great Britain Triathlon was accompanied by Discovery Channel, resulting in a documentary that won Sean Conwey praise and many new fans for his courage and humour: as several newspaper headlines put it, Britain now had its own inspiring Forrest Gump.

Sought-after speaker Sean Conway has gives memorable and entertaining talks spiced with his broad national and international experience. His messages are powerful and provide a recipe for positive attitude and coping with setbacks. Sean Conway can help you to succeed in times of change and challenge.

A Summary of Sean’s adventures:

Walking to London from Cheltenham (2013)

Climbing Kilimanjaro (dressed as a penguin, 2011)

He was great, took us all on the journey with him, and was engaging and very inspirational. 'we want a bigger beard for next time'

Extreme endurance athlete Sean Conway has inspired many with his impressive achievements. Personally, he finds inspiration in anybody who goes their own way: “Anyone who’s dared to be different and attempt the ‘impossible’ – that’s what inspires me. People pushing their body and mind far beyond what they thought possible.”

Sean Conway’s favourite part of his speaking career is closely tied to this: “Getting emails from people saying that after they heard me talk they went off and had an adventure of their own. That’s the best part. Helping people realise they can do more than they think, and hopefully my stories make them realise we are all stronger, both physically and mentally, than we think.”

His own adventurous lifestyle came about as the result of a materialistic life that, as he says, made him miserable. Longing for a challenge, he decided to turn his life in a drastically different direction, vowing to “focus on experiences and fill my life with memories rather than things.” His philosophy “Find Your Beard,” which encourages others to find their inner courage and dare to be bold, comes from the second meaning of the word ‘beard’ – “to boldly confront or challenge.” Says Sean, “My beard inadvertently had been the noun for the way I had been living my life.  I now want everyone to go out there and boldly confront or challenge something. No matter how big or small.”

Always looking to push the bar and challenge himself, Sean is now planning a 4500 mile long Iron Man Triathlon. “That’s all I can say right now. Watch this space.”

"He was great, took us all on the journey with him, and was engaging and very inspirational. 'we want a bigger beard for next time'" 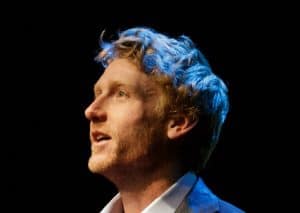 Our keynote speaker Alastair Humphreys is an extreme adventurer, who among other things traveled the world by bicycle in a journey of 46,000 miles through 60 countries and over 5 continents. The motivational speaker knows first hand about the... 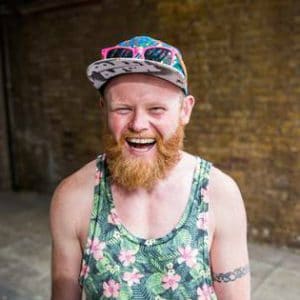 Author, journalist, adventurer and happiness guru inspiring people to do more, give more and live more

Keynote speaker Danny Bent is all about inspiring people to do more, give more and live more. He is an award winning author, journalist and Blogger. Danny was voted by the City of London to be one of the 50 most inspirational people and London and...