Captivating talks on leadership and teamwork from a passionate sailer 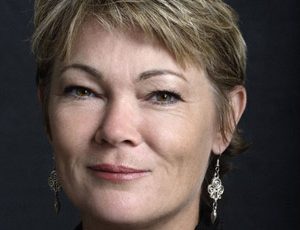 Request fees and availability
Our keynote speaker Tracy Edwards has made sailing history and broken numerous records on the world’s seas in her crew career. She has had amazing experiences and has an incredible passion and courage which today make her a fascinating speaker. She is able to deliver captivating keynotes on teamwork, leadership, motivation and more.

The keynote speaker Tracy Edwards MBE took part in her first Whitbread Round the World Race as cook aboard ‘Atlantic Privateer’ in 1985/86. After this, she decided to enter the first all female crew in the 1989/90 Whitbread and ‘Maiden Great Britain’ crossed the start line on 2nd Sept and entered the history books. ‘Maiden’ went on to win two of the legs and come second in class overall. The best result for a British boat since 1977 and unbeaten to this day, fact which led to Tracy being awarded the MBE.

In 1998, our speaker Tracy Edwards put together her second all female crew, this time to attempt to win the Jules Verne Trophy for the fastest non-stop circumnavigation of the world by sail. Sponsored by Royal & SunAlliance, her 92 foot catamaran had broken five world records and was well on the way to beating the Jules Verne, when it was dismasted 2000 miles off the coast of Chile.

The talented speaker Tracy Edwards signed a four year business deal with the Gulf State of Qater in 2003. The Oryx Quest 2005 was the first round the world race to start and finish in the Middle East. The worlds’ four largest and fastest multihulls raced against each other for the first time in sailing history. The event ended with non payment by Qatar and consequently liquidation of Tracy’s company ‘Quest’ and enforced bankruptcy.

In 2007 and 2008, Tracy worked for CEOP (Child Exploitation and Online Protection) as Project Manager for their International Youth Advisory Conference. In July 2012, Tracy graduated with a degree in Psychology after three years at Roehampton University.

Tracy is also an author, TV presenter, and a much sought after motivational, team building and after dinner speaker. 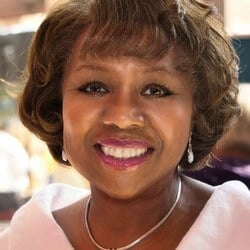 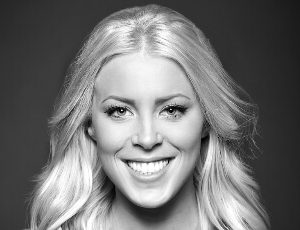 Keynote speaker Zoe Jackson MBE is a multi award-winning entrepreneur and founder of Living the Dream Performing Arts Company, which she started at the age of 16. In her talks she shares her personal story full of inspirational anecdotes and...