Provoking question and insight for the advancement of our future. 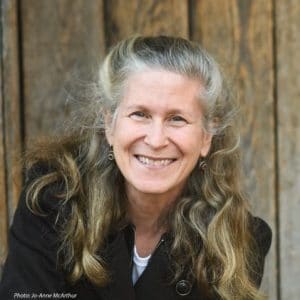 Request fees and availability
Speaker Zoe Weil is an educator and author with a passion for creating a world in which all can thrive. Zoe provides both a vision as well as practical methods for achieving a just, healthy, and humane future. Audience members will find themselves inspired and ready to embark on the path to become a solutionary and educate others to be solutionaries.

“The most profound and significant way to create positive change is to ensure that our students have the knowledge, skill, and conviction to do the most good and the least harm” -Speaker Zoe Weil.

Speaker Zoe Weil co-founded the Institute for Humane Education (IHE) in 1996. She is considered a pioneer in the comprehensive humane education movement, which works to create a compassionate, healthy, and a just world for all people, animals, and the environment through education. Zoe created IHE’s online M.Ed., M.A., and graduate certificate programs, as well as its acclaimed workshops and courses.

Zoe is the author of seven books, including The World Becomes What We Teach: Educating a Generation of Solutionaries (2016); Nautilus Silver Medal winner, Most Good, Least Harm: A Simple Principle for a Better World and Meaningful Life (2009); and Moonbeam Gold Medal winner for juvenile fiction, Claude and Medea (2007). She has also written numerous essays and has been featured in publications such as Forbes, O Magazine, Edutopia, Yes!, Psychology Today, and Education Week. She has appeared frequently on radio, podcasts, TV, and in the upcoming documentary 8 Billion Angels.

In 2010, Zoe gave her first TEDx talk “The World Becomes What You Teach,” which became among the 50 top-rated TEDx talks within a year. Since then she has given five other TEDx talks. In 2017, Zoe was named one of Maine Magazine’s 50 independent leaders transforming their communities and the state, and in 2016 Good Housekeeping included her in their women over 50 “groundbreakers shaking the world.” In 2012 she was honored with the Women in Environmental Leadership award from Unity College, and her portrait was painted for the Americans Who Tell the Truth portrait series.

"Creating a Healthy and Humane World"

To successfully address the challenges we face in the world, we must educate a generation of solutionaries, people with the knowledge, skills, and motivation to strategically and systemically solve problems in ways that do the most good and least harm for people, the environment, and animals.

This keynote is for a general audience.

"The World Becomes What We Teach"

For the sake of our children and the future they will both inherit and shape, we must educate young people to be
solutionaries who have the skills and motivation to address and solve local and global challenges strategically and
systemically. By transforming the system of education, we can create a win for kids, a win for schools and teachers,
and a win for the world.

This keynote is for teachers, administrators, and all those in the field of education.

"Becoming a Solutionary for a Better World and Meaningful Life"

So you want to make a difference! Learn how to think critically, systemically, strategically, and creatively and bring a
solutionary mindset to problems that concern you.

Become a solutionary and combine what you’re best at with what you love to do in service of problems you feel passionate about solving. Your life will become more meaningful and joyful as you contribute to the unfolding of a more just, healthy, and humane world.

This keynote is for a general audience.

Catch Zoe in her purest passion!

“Zoe’s talk was the most inspirational experience I’ve had in years. I find myself reevaluating my life and taking time with introspection. Her talk has kindled a fire in me for a proactive life. The depth of Zoe’s passion was palpable. Her authentic living and humble honesty were refreshing and heart-opening. I felt myself smiling from my heart.”

“Zoe Weil is a life-changing speaker. I've experience it personally and seen it in others. She transforms lives and is changing the world with every presentation.”

“Zoe is a phenomenal speaker with unique leadership qualities. She inspires hope everywhere she shares her wisdom. It is no wonder that with these gifts, she creates other leaders.”

“Zoe’s energy was contagious. For those of us looking for a shot of inspiration, we got it!

Keynote speaker, educator, and award-winning author of The Emotionally Healthy Child, Maureen Healy speaks to educators and parents alike about how to raise emotionally healthy and ultimately, happier children in today’s world.  She holds a... 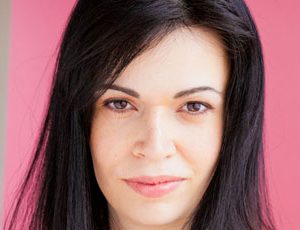 Our keynote speaker Michelle Dagnino deals with issues pertaining to and affecting Generation Y. She has invested a lots of time and resources in youth and emerging leaders. She aims to inspire and educate audiences about generations.Michelle... 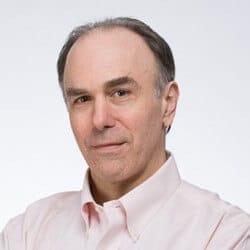