Request fees and availability
Keynote speaker Ed Viesturs is America's leading high altitude mountaineer, having climbed many of the world's most challenging summits, including ascending Mount Everest seven times. He is the only American and one of only five people to climb the 14 highest peaks in the world without supplemental oxygen. Ed is ready to inspire audiences and his themes include Teamwork, Goal Setting and Perseverance.

He is the only American and one of only five people to climb the 14 highest peaks in the world without supplemental oxygen.

Having successfully ascended Mount Everest six times, Viesturs in May 2005 completed an even more ambitious, 16-year quest to climb the 14 highest mountains in the world without supplemental oxygen.

He named this goal Endeavor 8000, since each of these Himalayan peaks exceeds 8,000 meters (26,240 feet). Why did he do it? “I tend to be very goal-oriented and savor difficulty.” Viesturs said. “Climbing the 14 highest Himalayan giants seemed to be the ultimate multi-year challenge with no guaranteed outcome.”

Viesturs reached on May 19th 2009 the summit of Mt. Everest for his seventh time.

No Shortcuts to the Top

Listen to the mountain by Ed Viesturs at TEDxRainier 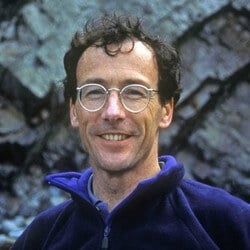 The keynote speaker Stephen Venables is a renowned mountaineer who has climbed Everest without supplementary oxygen, as well as made climbs of many previously unknown mountains. Stephen Venables is both inspirational as a speaker and a writer and is...