Request fees and availability
Our keynote speaker Frank Luntz is a Republican Party strategist, pollster, and one of America’s foremost experts on communication strategies and public opinion. He has appeared on all major network channels, and hosts many very influential focus groups.

Frank Luntz is an American political consultant, pollster, and Republican Party strategist. He is one of the most honored communication professionals today. He is He has written, supervised and conducted more than 2,000 surveys, ad tests, focus groups, and dial sessions in over 24 countries and four continents over the past ten years. His focus groups are so influential that former presidential candidate, Barack Obama, had this to say following the PBS presidential debate in 2007: “When Frank Luntz invites you to talk to his focus group, you talk to his focus group.”

Frank has been a guest on nearly every talk show in America and his ‘instant response’ technique for the focus groups has been profiled on 60 minutes, Good Morning America, and the award-winning show Frontline. He has even served as a consultant to the award-winning NBC hit show “The West Wing”.

He has been named one of “50 of America’s most promising leaders aged 40 and under” by Time, as well the “hottest pollster” in America according to the Boston Globe. Media outlets have called on him more than any other political pollster to understand the hopes and fears of Americans. In 2008, Dr. Luntz conducted over forty sessions in fourteen states, as well as co-hosting four live hour-long prime time specials and daily sessions during every debate.

In addition to his focus group sessions for all major television networks he has also written about language for the Wall Street Journal, New York Times, Financial Times, Los Angeles Times, Washington Post and Times of London. He is also an author of business books dealing with communication strategies and public opinion. His latest book, Win: The Key Principles to Take Your Business From Ordinary to Extraordinary, made the New York Times, Wall Street Journal, and USA Today best seller lists.  Business Week has named him one of the four “top research minds”. When fortune 100 companies and their CEOs need communication and language guidance, he is the go-to consultant. This includes GM, Federal Express, Disney among others. He has helped almost thirty fortune 100 companies in terms of navigating the economic climate and connecting more closely with consumers.

Aside from consulting, Dr. Luntz can be found in front of a classroom. He was an Adjunct Professor at the University of Pennsylvania from 1989-1996, and also taught courses at Harvard and George Washington University. He graduated from the University of Pennsylvania with an honor Bachelor of Arts degree in history and political science. He later received his Doctorate in Politics at the age of twenty-five from Oxford University where he also spoke for 24 straight hours as part of the Oxford Union Society’s Guinness World Book of Records debate. In 1993 he was named a fellow at Harvard University’s Institute of Politics, the second youngest individual to ever receive this honor.

Proferssor Luntz delivers keynotes based on the topic of his books. The American presidential primary election cycle is a common speech topic, particularly the effects of the language of campaign advertising.

Words That Work by Frank Luntz 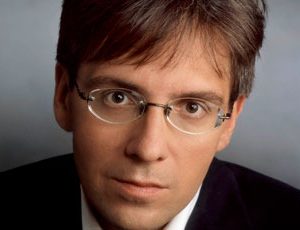