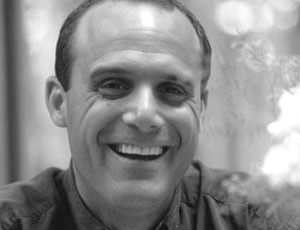 Request fees and availability
Our keynote speaker Hal Becker is a nationally known expert on Sales, Customer Service, and Negotiating. He conducts seminars or consults to more than 140 organizations a year. His client list includes IBM, Disney, New York Life, and Continental Airlines

At the age of 22, Hal Becker became the #1 salesperson among a national sales force of 11,000, for the Xerox Corporation. Six years later in 1983, he survived terminal cancer only months after launching Direct Opinions, one of America’s first customer service telephone survey marketing firms that facilitates more than two million calls per year with offices throughout the U.S.A. and Canada.

In 1990, Hal sold Direct Opinions to devote time for consulting and presenting lectures around the world.

Hal is the author of “Can I have 5 Minutes Of Your Time?” which is now in its 21st printing and is used by many corporations as their “Sales Bible.” He has also authored two other best sellers “Lip Service,” one of the nations foremost books on customer service, and “Get What You Want,” a fun, upbeat and fresh approach to negotiating.

He has been featured in publications including The Wall Street Journal, Inc Magazine, Nations Business and hundreds of newspapers and Radio/TV stations around the world, and is currently syndicated in over 45 newspapers and magazines.

Hal Becker is a nationally known expert on Sales, Customer Service, and Negotiating. He conducts seminars or consults to more than 140 organizations a year. Hal has received the Toastmasters International Communication and Leadership Award. He is one of only eight people in the world to be given this honor.

In 2010 Salesgurus.net voted Hal as one of the “World’s top 30 Professional Sales Trainers”.

Inc. Magazine has voted Hal as one of the nation’s top speakers in the Area of Sales and Customer Service. He is also a CSP, or Certified Speaking Professional, which is the highest earned designation presented by the National Speakers Association. The CSP award has been given less than 500 times in the past 25 years.

Hal’s civic involvement is quite diverse. He is a past Chairman of his Chamber of Commerce, and has served as a trustee of the following organizations: The Better Business Bureau, March of Dimes, Council of Smaller Enterprises, University of Akron Business School, Cleveland Health Museum/Natural History Museum, Healthy Cities Ohio, and Montefiore Nursing Home.

After battling terminal cancer, Hal founded the Cancer Hotline, a non profit organization that provides support and assists cancer patients and their families. He donates proceeds of his books to this cause.

“I can show you what to do and how to do it; the only catch is you must be willing to implement!”

Power selling is the most highly charged comprehensive type of training your salespeople will ever have. They will learn that to be the best takes an easy-to-follow system. Hal uses his own experience as Xerox’s #1 salesperson, along with a 10-step common sense, back-to-basics approach to give them the tools they need to succeed. He has trained hundreds of thousands of salespeople on his “insiders” look at how to achieve sales success.

Newsweek once wrote: “Negotiating is the game of life.” So, how does one prepare, whether it is in business, or your personal life?

Hal has combined well-researched theories, practical strategies, and proven techniques that are guaranteed to work for you and and your company. He refers to this as “selling’s first cousin.”

Power selling is the most highly charged comprehensive type of training your sales people will ever have. They will learn that to be the best takes an easy-to-follow system. Hal uses his own experience as Xerox’s #1 salesperson, along with a 10-step common sense, back-to-basics approach to give them the tools they need to succeed. He has trained tens of thousands of salespeople on his “insiders” look at how to achieve sales success.

Customer Service – How to keep customers

Hal’s fun, upbeat approach goes back to basics which many of us have forgotten or strayed away from. He will show you the fastest way to improve your customers’ satisfaction and your company’s image. You will learn how to understand the customer’s needs, how to build long-term relationships, and why “creative opportunities” are essential in ensuring exceptional customer service.

Hal has combined well researched theories, practical strategies, and proven techniques that are guaranteed to work for you and and your company. He will cover the “6 Most Important Ingredients” that make a professional negotiator, along with the “Negotiator’s Checklist,” a must for all successful negotiators.

Sales Management – How to “manage people not paper”

Hal’s six step approach introduces sales mangers to the fundamental coaching and management principles used by the world’s top training companies such as IBM, Xerox, Proctor & Gamble, and Disney. He incorporates these concepts with the methods of many top coaches in the world of sports. The techniques are so powerful Hal will guarentee (in writing) a 15% increase in sales volume.

Executive Coaching – “Going to the Next Level”

Here, Hal spends the day observing, listening, and offering feedback on how to improve based on intense observational skills. Think of this as a golf lesson with a pro, rather than going to a seminar on how to play better golf! This program has been extraordinarily successful with Fortune 100 companies as well as small business.

In this intense two day onsite program, Hal will cover in a workshop environment the skills it takes to be #1. Day 1 covers an A-Z approach to selling (see course outline). On Day 2, Hal will spend time with senior and field management covering common sense management – and how to execute the plan and train the trainer for continued success!

Hal was fantastic. I received feedback from my fellow family partners, as well as a number of sales reps, and I'm hearing really good things. Great job. 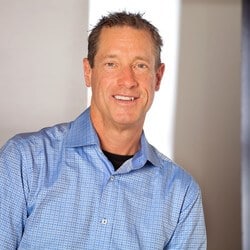 American strategist, marketing and sales expert known for his new perspectives on marketing, sales and PR

Our keynote speaker David Meerman Scott is an acclaimed author of ten books, including the bestseller and business classic “The New Rules of Marketing and PR.” David is an American strategist and known for his new ways of looking at sales,... 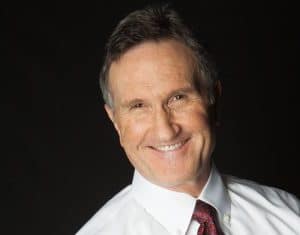