A breath-taking story of recovery, hope and humility 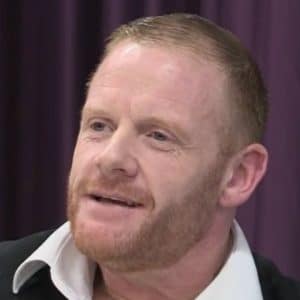 Request fees and availability
Keynote speaker James Brett is an inspirational, honest and moving presenter. His life story is full of hardship and yet he has overcome his past and is the founder of Plant for Peace, an initiative to bring sustainable stability to countries crippled by conflict by the creation of horticultural cooperatives.

James Brett is a speaker for everyone from global leaders to prison inmates. He speaks about his astounding life story which was full of hardship, as well as his great accomplishment, the founding of Plant for Peace. Without exaggerating, it can be said that James Brett has changed lives through his efforts. By hosting 7 tribal Elder gatherings in Afghanistan, James addressed approximately 55,000 tribal elders and thereby convinced the entire farming community of Afghanistan to join his initiative. The concept was simple: the farmers were to stop growing poppies – the source of much of the world’s heroin – and start growing pomegranates and mulberries instead. The fruits of this effort can now be seen in supermarkets in the form of fruit bars, but more importantly, Plant for Peace has impacted the lives of those in need by bringing sustainable stability to a country crippled by conflict.

As a speaker, James Brett is searingly honest, deeply moving, and truly inspirational to all. His is a breath-taking story of recovery, hope, humility and remarkable vision supported by a cast of farmers, academics, multinational food companies, government officials, philanthropists, celebrities, military leaders, royal families and the entire nation of Afghanistan.

Pete Cohen is a professional life coach and motivational speaker. He teaches, inspires and assists people to overcome personal challenges in a calm and inspiring manner. The keynote speaker Pete Cohen has the personality and skill to change... 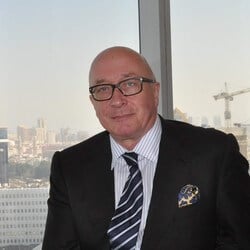 Keynote speaker Sir John Jenkins is the Executive Director of the International Institute for Strategic Studies, ISS Middle East, and a former British Diplomat. During his service, he has been ambassador to several countries. His geopolitical...