A personal story on risk and success 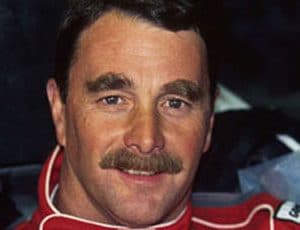 Request fees and availability
Formula One World Champion and legend Nigel Mansell is well known and highly acclaimed as one of the most talented British Formula One drivers of all time. His success on the racetrack was especially due to his aggressive and daring nature that has led him to 31 wins in the course of his career. Now retired, our keynote speaker Nigel Mansell can share his personal story on risk and success and will engage audiences with his spectacular stories.

Motor racing legend, Nigel Mansell is one of the most talented British Formula One drivers of all time. Hugely determined, immensely aggressive and spectacularly daring and with his win or bust approach – 31 wins and 32 crashes – he became the most successful British driver and ranks third in the world in fastest laps, fourth in wins and fifth in poles.

The keynote speaker Nigel Mansell began his F1 career in 1981 as part of the Lotus team and received his first podium after only 5 races – a sign of things to come. Just 4 years later, the European Grand Prix at Brands Hatch saw his first win. In a span of 18 months he won 11 races, yet lost out on two World Championships he was poised to win.

In 1986, he was awarded the title of BBC Sports Personality of the Year and in 1989, he had his debut race for Ferrari, when he was nicknamed ‘Il Leone’ (The Lion) for his aggressiveness on the racetrack. Our speaker Nigel Mansell won his first race for the Italian team in Brazil – A truly memorable race weekend.

Nigel returned to the Williams team in 1991 with the sole goal of winning the World Championship. The 91 season was successful and the following year on the 16th August – his daughter Chloe’s birthday – in Hungary his dream became reality: to stand on the podium as the 1992 Formula 1 World Champion. In the same year, Nigel was once again named BBC Sports Personality of the Year.

As reigning F1 champion, the legendary speaker Nigel Mansell made the move to CART, becoming the first person to ever win the CART title in his debut season, and making him the only person to hold both titles simultaneously. In 1994, Williams persuaded him to return for the final four races, the last of which, in Australia, he won in stunning fashion from pole position. After 187 hard races in 15 tumultuous seasons, 41-year-old Mansell retired from Formula One.

Life after F1 has been successful. In 2009 Nigel appeared as the ‘Face of Euronics’ and in 2010 he paired up with comedian Omid Djalili in a TV ad for price comparison site, Moneysupermarket.com.

Leaving an impressive career behind, the keynote speaker Nigel Mansell now resides in Jersey and has a daughter Chloe, a designer and two sons, Greg and Leo, both of whom are now racing drivers. When Nigel isn’t on his boat or playing golf, he can be found fulfilling his Presidential duties for UK Youth, a charity that provides tools to build young people’s self-esteem, aptitude, skills and identify areas of development. In 2012, he was appointed a CBE for services to children and young people. 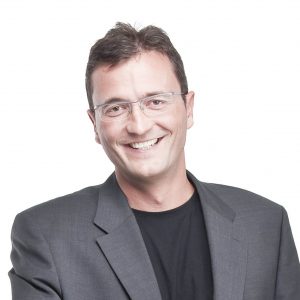 Guinness world record holder: First human to have dove into a jetstream

How do you become the fastest person in free falling despite your fear of heights? Keynote speaker Marc Hauser knows it. The world record holder and entrepreneur shows how you can achieve your dreams through the right motivation. He makes real...