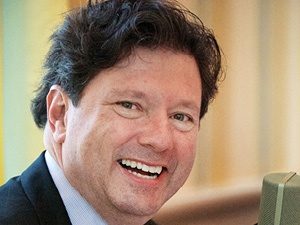 Request fees and availability
Peter Ricchiuti is a remarkable presenter and has the knowledge needed to excite, entertain, and educate any kind of audience. Peter is a top business professor at Tulane University’s Freeman School of Business and a regular contributor on financial matters in media, including Marketplace, the nationally broadcast public radio program.

Peter Ricchiuti is the business professor you wish you had back in college. His humor and insight have twice made him the top professor at Tulane University’s Freeman School of Business. In a recent competition, Peter’s teaching delivery skills placed atop a field of 500 universities representing 43 countries.

Peter is a graduate of Babson College, started his career at the investment firm of Kidder Peabody & Co and later served as the assistant state treasurer for Louisiana. There he successfully managed the State’s $3 billion investment portfolio.

In 2014, The Financial Times published Peter’s first book, Stocks Under Rocks and he currently hosts a popular weekly business program called Out To Lunch on National Public Radio in New Orleans.

Peter has addressed over 1000 groups in 47 states. These include groups of nuns, tin can manufacturers, money managers, waterpark owners, insurance professionals and NFL players. He has even done a couple of TED talks.

Market Signals, What’s Around The Bend?

The financial markets are often a great predictor of what’s ahead for both the overall economy and specific industry sectors. In this surprisingly entertaining presentation, Professor Ricchiuti cuts through the jargon and political spin to provide solid financial information that will benefit both your business and your wallet.

The stock markets are NOT the economy. Since 1776 whoever has bet against the United States has lost. 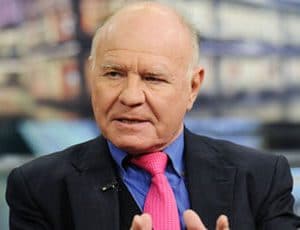 Keynote speaker Marc Faber is a well respected financial analyst located in Hong Kong. He has had many years of experience in the financial world and is capable of developing impressive and accurate forecasts on local and international markets as... Keynote speaker Brian Solis is a digital analyst, anthropologist, award-winning author and prominent blogger. He is a specialist on the effects of emerging technology on business, marketing, and culture. Brian Solis is dynamic and engaging and knows...