Request fees and availability
Twice named by Time Magazine as one of the 100 most influential people in the world, Forbes magazine ranks keynote speaker Suze Orman in the top 20 of the most influential women in media today. She is a two-time Emmy award winner, the author of NINE consecutive mega bestsellers and has written, co-produced, and hosted six PBS specials based on those books.

USA Today has called Suze Orman “a force in the world of personal finance” and a “one-woman financial-advice powerhouse.”

Suze Orman has been called “a force in the world of personal finance” and a “one-woman financial advice powerhouse” by USA Today. A two-time Emmy Award-winning television host, New York Times mega bestselling author, magazine and online columnist, writer/producer, and one of the top motivational speakers in the world today, Orman is undeniably America’s most recognized expert on personal finance.

Orman is the contributing editor to “O” The Oprah Magazine, the Costco Connection Magazine and for the last ten years host of the award winning Suze Orman Show, which airs every Saturday night on CNBC. Over her television career Suze has accomplished that which no other television personality ever has before. Not only is she the single most successful fundraiser in the history of Public Television, but she has also garnered an unprecedented seven Gracie awards, more than anyone in the 35-year history of this prestigious award. The Gracies recognize the nation’s best radio, television, and cable programming for, by, and about women.

In October 2010 Forbes honored Orman as one of “The World’s 100 Most Powerful Women”. In May 2010 Orman was presented with an Honorary Doctor of Commercial Science degree from Bentley University. In that same month, Orman received the Gracie Allen Tribute Award from the American Women in Radio and Television (AWRT); the Gracie Allen Tribute Award is bestowed upon an individual who truly plays a key role in laying the foundation for future generations of women in the media. In October 2009 Orman was the recipient of a Visionary Award from the Council for Economic Education for being a champion on economic empowerment. In July 2009 Forbes named Orman 18th on their list of The Most Influential Women In Media. In May 2009 Orman was presented with an honorary degree Doctor of Humane Letters from the University of Illinois. In May 2009 and May 2008 Time Magazine named Orman as one of the TIME 100, The World’s Most Influential People. In October 2008 Orman was the recipient of the National Equality Award from the Human Rights Campaign. In April 2008 Orman was presented with the Amelia Earhart Award for her message of financial empowerment for women. Saturday Night Live has spoofed Suze six times during 2008-2011. In 2007, Business Week named Orman one of the top ten motivational speakers in the world—she was the ONLY woman on that list, thereby making her 2007’s top female motivational speaker in the world.

Orman who grew up on the South Side of Chicago earned a bachelor’s degree in social work at the University of Illinois and at the age of 30 was still a waitress making $400 a month.

Make the most of your money by Suze Orman 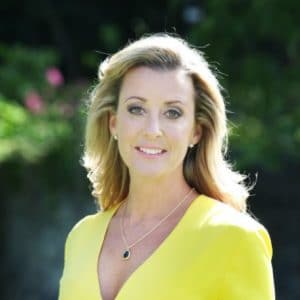