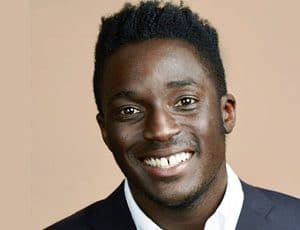 Request fees and availability
Keynote speaker Ayondy Akinwolere is a charismatic and energetic broadcaster. Combining adaptability to almost any situation and investigative skill, he is one of the BBC’s new faces in Great Britain. Ayo Akinwolere is a versatile presenter. He guides audiences naturally and is able to create unique mesmerization for events.

Starting as the host of Blue Peter, the longest running children’s TV show in the world on CBBC television channel, Ayo Akinwolere has made a big leap from kid’s entertainment to investigative journalism. His diverse talents make it possible for him to cover various topics. His specialties include the topics of arts & culture, current affairs, maths, science & education, popular culture & social media, sports and travel.

Ayo Akinwolere seeks challenges. In his five years on Blue Peter, he proved that he can go beyond his limits. Confronted with his fears of heights and water, he was, nevertheless, brave enough to bungee jump from a helicopter and set a new world record for an open water swim by battling more than 5 miles over the Palau Trench in the Pacific Ocean. This incredible feat of endurance was made more significant due to Ayo’s phobia of deep water and the fact he only learnt to swim 10 weeks prior to the challenge.

Aside from several other formats Ayo Akinwolere has already presented for the BBC, he has recently been announced as the new presenter of BBC current affairs strand, Inside Out, presenting investigative factual stories for the West Midlands edition of the strand.

Living his passion for music, travels and and photography, Ayo Akinwolere is a published photographer for National Geographic Kids Magazine and Vogue Bambini and regularly fills his blog with interesting stories from his adventures. He also works closely with several charities and is the ambassador of Street Child World Cup in Rio and Body and Soul, a pioneering UK charity dedicated to transforming the lives of children, teenagers and families living with, or affected by, HIV.
Ayo Akinwolere brings events to life and is an ideal fit as moderator or entertaining after-dinner speaker. He enchants his audiences with authenticity and humour.

Keynote speaker Chris Bashinelli is an outstandingly charismatic speaker. He has spoken worldwide, from the United Nations General Assembly Hall to Fortune 500 companies. In his speeches, Chris Bashinelli motivates audience members to step out of... 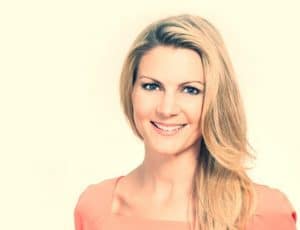 Moderator and TV presenter who has been broadcasting in Europe for over ten years covering news, showbiz and sport

Our keynote speaker Rhiannon Jones is a multilingual (English, Spanish and Portuguese) television presenter, reporter and event host. She has been broadcasting in Europe for over ten years covering news, showbiz and sport. As a trained BJTC...