Are you ready to lean into your fears? 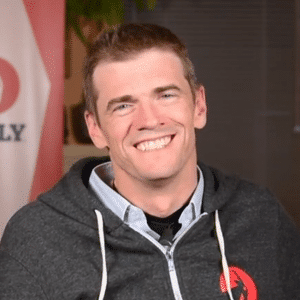 Request fees and availability
Speaker Billy Price is a motivational speaker and the co-founder of BILLY footwear. Billy motivates audience members through his inspiring story of strength and resilience when he was faced with his own traumatic life shift. Billy's insightful story will empower, motivate, and reinforce the power of overcoming adversity.

“I encourage you that when you are met with resistance, continue leaning in and opportunities will come your way” – Speaker Billy Price

Born and raised in Issaquah, Washington, Speaker Billy Price grew up very active in sports. On October 9, 1996, Billy fell from a three-story window, broke multiple vertebrates and damaged his spinal cord causing permanent paralysis. The medical diagnosis? Quadriplegia and the world that Billy was accustomed to, a world filled with fierce independence, was gone. Billy spent the next five months of his life at the University of Washington Medical Center piecing his life back together both physically and mentally. Forced to grapple with either success or sorrow, Billy opted to focus on what he still had instead of letting the thought of what he lost consume him.

With that mindset, Billy improved, not in the sense of reversing paralysis, but in building confidence and gaining strength in what he had. Following his rehabilitation, Billy returned to college and finished his mechanical engineering degree. He relearned how to drive. He took the ski slopes back as a sit skier. He landed a job with the Federal Aviation Administration. He bought a condominium and started living on his own until he got married.

Somewhere along the way he connected with his longtime friend Darin Donaldson and started a shoe company BILLY FOOTWEAR. This footwear was intended to make a difference in this world, and with this concept, BILLY footwear continues to grow and impact lives.

Speaker Billy Price says life is a journey, enjoy it! Embrace and receive what life has to offer. Find strength in the storms. Be a person of action. Build on what you have. Hold on to hope. Have courage. Move forward. We all have a story. We cannot go back and rewrite how our story begins. But we can change how our story ends. It all comes down to choice. The choice to change can be made today.

All of Billy’s events are custom designed to fit your theme, your group, your industry, and your objectives. It is time to add to your story  today and let’s start writing the next chapter in your journey. In his Keynote’s Billy shares his story of how we was a very active freshman in college at 18, and how made a decision he made that changed his life forever. Instead of sitting down and staying a dark place, Billy shares his journey to the new reality he has been able to accomplish great things. Billy’s journey from Accident to Recovery to Reward. 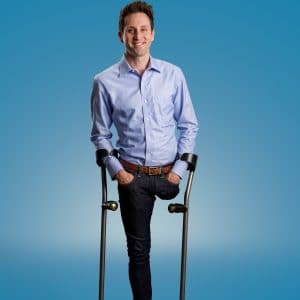 Speaker Josh Sundquist is a Paralympic ski racer, author and emcee. He uses humor and insight to enlighten audience members on creating ideas for a more productive career and life.  Josh uses humor in his keynotes and real-life stories to educate... 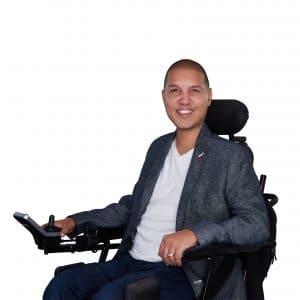 Speaker Jose Flores is a captivating international expert of motivation. He travels the world sharing his special story of the struggles of growing up with a physical disability. As a speaker, trainer and coach, he is passionate about showing the...