Smile your way through misery

Request fees and availability
Keynote speaker Edward Denmark is the author of two bestselling books: one on his experiences in the British military, and the other on his experiences growing up in poverty. He has spoken on national television a number of times and is frequently interviewed on BBC radio regarding military matters.

When alcohol addiction took control of his Mother’s life, it became a fight for Edward to survive the hunger, bullying and misery which surrounded him as a child growing up in extreme poverty. Remarkably, he still found moments to laugh and be happy. In order to escape the past and seek adventure, Edward joined the army, where he did not find escape, but faced a hardship and terror beyond anything he imagined. His military journey took him to the 1982 Falklands war, as well as to Northern Ireland fighting the IRA.

His is a journey of contrasts, from utter sorrow and sadness to hilarious escapades, which captivates and inspires audiences. Let the resilience and positivity Edward needed to deal with crisis after crisis inspire you to tackle your own challenges, while teaching you about the reality of war and poverty.

Not for Queen and Country: A No-Holds-Barred Account of Life as a British Soldier

We Spoke in Whispers: When you have nothing, there’s nothing to lose

Who or what inspires you?
People who go through life giving more than they take, those who really care about others, people who have courage but don’t know it

Were there any life skills you learned from your experiences as a soldier that you found useful later in your career as an author and speaker?
Yes, I learned to be honest about my own mistakes and weaknesses. To give the people honesty and look them in the eye even when that feels awkward. You are who you are.

Of all the obstacles you’ve overcome, which has been the most challenging?

This is by far the most difficult question and I simply cannot answer it with one answer because if I did so it would be very disingenuous of me. So there are a number that stand out and they are.

How did you begin your speaking career?
Many years ago I was asked if I would speak to a squadron of young cadets about war and it went very well and they wrote me letters when they went into the army thanking me.

Do you have a favourite experience from your speaking career?
One member of the audience asked me if we had executed the pilots who had ejected from their damaged aircraft during the Falklands war the answer was a firm NO! And I went on to explain they were cared for very well and given a nice cup of tea!

How do audiences gain from your keynote presentations?
I think any audience I speak to will first of all recognise I have been through my fair share of adversity and tragedy, but more importantly I think they will understand that regardless of how bad a situation you may find yourself in, no matter how desperate, you have got to keep hope and stay positive.  Be grateful for what you have and use it to the best of your ability. I think and indeed hope that any audience will gain the knowledge that life can throw anything at you, and you are much stronger than you think. 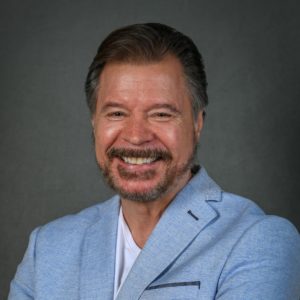 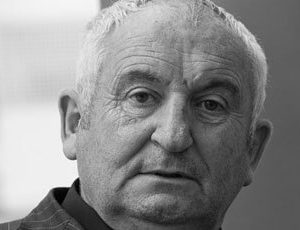 Keynote speaker Lord John Bird of Notting Hill is the force and mastermind behind The Big Issue, the world's most successful street magazine. He is an award winning entrepreneur. Bird is also an inspirational leader with an impressive reputation of...