Entertaining keynotes on British politics and 'how to write a bestseller' 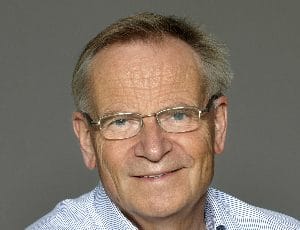 "Our delegates loved the session.... We had more seats put in the room and still it was standing room only! It was great."

Request fees and availability
Keynote speaker Jeffrey Archer is a former politician, a serving Member of the House of Lords, and a worldwide bestselling writer, with sales of over 250million books.  He is the only author ever to have been a No.1 bestseller in fiction (fifteen times), short stories (four times) and non-fiction (The Prison Diaries).  He is able to share his unique knowledge and experiences and inspire a crowd.

Jeffrey Archer was born in London but grew up in Somerset. He is the son of a printer, and was educated at Wellington School, and Brasenose College, Oxford, where he was President of the University Athletics Club, and went on to run the 100 yards in 9.6 seconds for Great Britain in 1966.

At the age of 26 he was elected to the Greater London Council, and three years later he was elected as Member of Parliament to represent the county of Louth in Lincolnshire. He served for five years. In 1986 he left the House of Commons to write his first novel.

Jeffrey ran a successful campaign for Mayor of London and was selected as the official Conservative Party Candidate for London’s Mayor in October 1999 by an overwhelming majority. In November that same year, he withdrew his candidacy, having been charged with perjury and conspiracy to pervert the course of justice. He was sentenced to 4 years imprisonment, and was released in July 2003, after two years. He wrote three volumes of his Prison Diary.

Jeffrey has written sixteen novels, six sets of short stories, three plays (all of which have been performed in London’s West End), three children’s book, two screenplays and a Gospel. He is now published in 100 countries and more than 51 languages, with more than 500,000 5* reviews, Jeffrey Archer is firmly established as one of the world’s bestselling authors, with international sales passing 275 million copies.

He talks on ‘How to write a bestseller’, his life in general and about British politics.

Our delegates loved the session.... We had more seats put in the room and still it was standing room only! It was great.

Probably the greatest storyteller of our age.

If there were a Nobel Prize for storytelling, Archer would win.

"Our delegates loved the session.... We had more seats put in the room and still it was standing room only! It was great."