"Jonathan MacDonald gave a very inspiring and energetic key note speech. Our leadership team were very impressed by him and how he made his speech relevant to our business context. Jonathan was incredibly pleasant to work with before and during our event."

Request fees and availability
Jonathan MacDonald is a sought-after keynote speaker, entrepreneur and author on change. He occupies himself with expanding people’s thinking around the potential of technology, the shaping of society and the realities of business, all of which are constantly influenced by fast-paced, relentless change.

The keynote speaker Jonathan MacDonald enables people and organisations to modify their approach from one-off change management to the management of perpetual change, thanks to his deep knowledge of future trends, the world of business and human behaviour. He also draws upon his extreme depth of thinking to answer the most complex questions from the stage, adding immense consultative value that translates into tangible, bottom-line business benefit.

Jonathan’s opinion is highly valued and he is regularly consulted by the senior executives of the most successful global companies including Google, Apple, P&G, Unilever, Nestlé, Lego, Heineken and IKEA to stretch their thinking and provide new perspectives and avenues of thought, and is a contributor to Google’s Think Insights and Forbes.

Guided by his professional experience, our speaker Jonathan MacDonald exploits the interconnectedness of the modern, digitally enhanced world and shows clients how to maximise the opportunities that new technology brings. He can help to discover and manage changing consumer expectations and the democratisation of the business value chain.

Charismatic, personable and highly impactful, our top-notch speaker Jonathan MacDonald is consistently leaving a lasting impression on every audience who hears him. He opens up the minds and the thinking of a diverse range of people; facilitating strategic discussion and dialogue with the most senior level executives, or inspiring an entire workforce to embrace new opportunities for a brighter future.

What We Don't Know by Jonathan MacDonald at TEDxWarsaw

Your speech was very well received ! Provoking for sure but this is what you wanted and you achieved beautifully well. Thank you so much for such high energy, passion and flexibility on location and timing. Was inspiring and fun.

Jonathan MacDonald gave a very inspiring and energetic key note speech. Our leadership team were very impressed by him and how he made his speech relevant to our business context. Jonathan was incredibly pleasant to work with before and during our event.

Very Engaging and Audience enjoyed the content and relaxed delivery.

You made a great impression on us. You have an absolute world class, unique talent, combining vision, strategy and challenge which, based on your lovely sense of humour, is incredibly effective to open minds. Thank you.

You were simply outstanding in terms of content and delivery of your talk, and the way that you tailored the session specifically for us certainly engaged and entertained the audience. Thank you very much, your professionalism is unsurpassed and we are truly delighted that you were able to join us.

We brought Jonathan in to help our senior team understand how we were going to achieve more relevance in our customers’ lives going forward. I would absolutely recommend Jonathan to any company in any industry. His insight is invaluable.

Rarely will a guest speaker dedicate so much research and insight into a client and a topic. I found Jonathan’s willingness to engage pre-event to learn about the client, and tailor his content to suit, to be very refreshing and this attention to detail really paid off onsite. Despite a red-eye flight from Canada to make our morning event, Jonathan was fresh and energetic and made a real effort to mix with the client, adapting his content on the move to relate to the other speakers and he even helped out the production team by keeping ahead of time to balance the agenda!

We challenged Jonathan to be the final speaker at our conference on digitising the construction industry, a sector that is not known for its rapid adoption of technology. As well as reinforcing and driving home the underlying theme of the day, he thoroughly entertained and educated the audience on digital and disruption and gave us a number of ‘laugh out loud’ moments. His messaging was clear and unambiguous, and was delivered in a challenging but non-threatening way. A great way to end the day.

What are some of the organizations you have recently worked with and what did you achieve?

I’ve recently been involved with Nestlé, Bacardi and Unilever, enabling them to understand the ever-changing landscape and structure their way forward accordingly. The time has passed when general inspiration was required, now many companies are asking for business innovation which is exactly what’s needed in a world where business isn’t as it used to be.

Any organisation that has the intention of being around in future years. Audiences that want to hear about the cutting edge of new opportunities and gaining competitive advantage seem to value that. Here’s some sample feedback from Khurram Hamid, the Digital Innovation Leader at Proctor & Gamble: “There are not many digital evangelists out there that have the same vision passion and amazing ideas like Jonathan has. He see’s things that other’s cant see, a true digital change agent.”

I really enjoy receiving specific briefs that properly outline the required objectives. I tailor my talks to achieving those and spend as much time as required ensuring that the work that goes in adds huge value. From liaison with clients I ensure that the very latest case studies that are most relevant can be included. Here’s what Christopher Billich the Senior Strategy expert at Deutsche Telekom had to say: ”

Jonathan is one of those rare people who are so good at what they do that to judge others by the same standard borders on being unreasonable. Some people think outside the box, Jonathan thinks outside the warehouse. He is an outstanding strategic thinker, able to zero in on what matters immediately, inspiring presenter, highly gifted business man and negiotiator. Doing business with him is uncomplicated, fast and delightfully devoid of everything that doesn’t really matter – the way it should be.”

How does humor factor into your talks?

I try and ensure people feel at ease so I admit I may make a few jokes now and then. I’m a big fan of people and I find that humor breaks down personal barriers – but not at the expense of making serious points!

What are some unique experiences you have had as a keynote speaker?

At a conference in Budapest a packed audience sat in silence whilst industry analysts showed chart after chart with vivid lines cascading from top left to bottom right. Speaker after speaker showed their own versions but every chart had the same sloping lines. This industry was in big trouble. The singular revenue stream had done nothing but fall by double digit percentages each year since the industry formed. The model had been created without the ability to scale and reality was brutally displayed for all to see.

I sat amongst the delegates in shock. I was shocked by the severity of the situation (this was an industry new to me) and more shocked by the fact that only once did someone ask the inevitable question. When the question arose it was answered in less than half a minute by one of the ‘industry experts’ – the entire dialogue went something like this:

“Given the fact that our revenues are dropping through the floor whilst costs increase, what ways can we address the situation?”

“I am sure its something we are all thinking about. At some point we will need to look at alternative revenue streams but we don’t need to rush into anything just yet, we are years away from anything critical happening”

I guess it’s down to what you class as critical…

Several hours and several speakers later I went onstage to deliver the keynote presentation and rather than start with the planned approach I stopped on slide 1 and covered what I had seen throughout the conference and gently suggested that now would seem to be the time to change, the time to innovate – the time to disrupt.

I mused on the process of trying new approaches – seeking advice from other companies to collectively find a new path. Following the keynote I offered to be on a breakout panel to discuss alternative revenue streams with anyone who wanted to investigate options and feasibilities.

Out of a delegate attendance of 200+ people, exactly 19 people showed up. 3 of the conference organizers also attended and sat quietly watching. The remaining delegates attended a panel discussing the differences in technical design. Technical design of a product whose unit retail price had fallen by 90% in 5 years whilst cost of production had risen by the same percentage. Technical design that would make absolutely no difference whatsoever to the inconvenient truth.

Undeterred, the curious 19 seemed more alive than anyone in the speaker hall. Everyone contributed in a brilliant discussion whilst I frantically sketched out new business models on conference notepaper. I set a premise that we should look at the situation as if we were starting from scratch with no revenue, no cost and no rules.

We felt good – we felt we were in an inner sanctum of thought change. For an hour the 19 were living on the edge – peeking over a cliff that nobody had dared to do until then. We were thinking disruptively.

The outcome? That particular industry has 2 main players today, both of which were amongst the 19. We collaboratively designed the re-birth of an industry vertical.

I love my job!

"Jonathan MacDonald gave a very inspiring and energetic key note speech. Our leadership team were very impressed by him and how he made his speech relevant to our business context. Jonathan was incredibly pleasant to work with before and during our event." 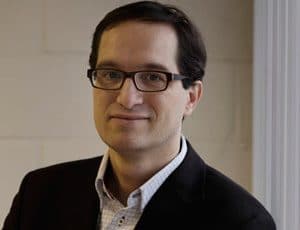 Keynote speaker Peter Hinssen has in-depth knowledge of Technology, IT and the fusion between business and technology. He is a respected educator, coach and talented speaker focusing on coping with the business challenges associated with IT and to... 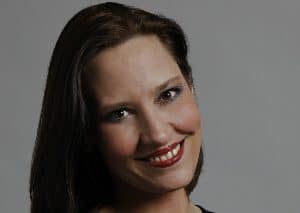 Our keynote speaker Christina "CK" Kerley has been a forerunner in tech revolutions for 20 years. The innovation speaker and specialist leads Fortune 500 executives through the jungle of emerging technologies that are transforming our world today...