Get valuable insights into water scarcity and environmental issues 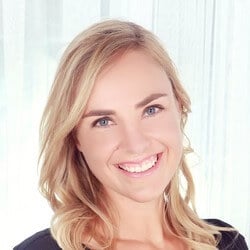 Request fees and availability
Through her work as a lawyer at various institutions including the World Bank, our keynote speaker Mina Guli came to learn about the water crisis. Mina has now dedicated her life to raising awareness, and educating the youth on the global water crisis and responsible water leadership.

The question isn’t if we will run out of water. It’s when.

Mina Guli’s passion for the topic of water scarcity led her to leave her career as a corporate lawyer in favor of water activism. In 2011, Mina founded Thirst: a not-for-profit international group that works towards educating the public on the coming water crisis and which advocates for environmental protection to help bridge the gap on water overconsumption in the coming future. This initiative has had a great impast and in 2016, Mina Guli was named one of the 50 Greatest World Leaders by Fortune Magazine.

As a water advocate, Mina speaks about water scarcity and what can be done to prevent it. She educates clients on the coming water crisis and the importance of building our lives around using less water. Mina has spoken to business groups in the past to influence the industry decision makers, teaching them about the impact that businesses can make by limiting the impact of water use and making it easier for consumers to do as well. Mina has spoken for clients including Brandix, Swiss Re, Young Presidents, Nike’s Sustainable Business and Innovation Team, and the 2017 Sustainable Textile Conference.

Mina is not only a speaker and lawyer but also a runner that has completed multiple marathons, ultra marathons and triathlons. She has completed feats such as running 40 marathons in 7 weeks to show the importance of 40% over consumption of freshwater resources in the coming century. In her life, hardships that have always led her to back to running. She now uses her running as a tool to support her organizations as well as educate others. In 2016 was the first person to run across 7 deserts on 7 continents in just 7 weeks. Mina Guli can be an inspiration to the average runner as well as other ultra athletes.

I want every single person on the planet to have a dream they can achieve.

Without water, that is not possible.

I have always been passionate about water. From a young age, I would spend hours in the ocean, my skin shriveled like dried prunes and an enormous smile on my face, tanned from hours in the sun. On hot summer days, we would play under the hose or the sprinkler, squealing as we ran under the cold water, feet creating muddy tracks across the grass.

A lot has changed since then. I’ve lived through ten years of draught, seen the possibility for change, and come to believe in the power of people to change the world. As I have grown, so too has my passion. From those humble days in my Australian backyard, I traveled across the world working as a lawyer, banker, entrepreneur and finally now on my biggest passion, water.

As founder and ambassador of Thirst, could you tell us about what kinds of activities the organization coordinates?

What is the biggest obstacle you feel you’ve had to overcome?

I had an accident which would change the course of the rest of my life. Pushed into a swimming pool I hurt my back so badly the doctors told me I would never be able to run again. Given my lifelong antipathy towards exercise and athletics in particular, I could have shrugged my shoulders and used it as an excuse to sit on the couch and eat pizza. Instead, I realized this was an opportunity – one that would allow me to define my own limits.

I started swimming. Two laps (which felt like crossing an ocean). Swimming led to biking, and eventually running as I strived to prove to myself that I could defy the odds. At the same time, my academic career was moving forward. I finished university and accepted a position as a lawyer at a big Melbourne law firm. I swam, biked and rode in my spare time, and in daylight hours, worked on privatizations and infrastructure investment work.

As a water advocate I want to share my story, and what I’ve learned about society’s relationship with water, with as many people as possible. I spend a lot of time speaking with business and government leaders about the water crisis, but I also treasure opportunities to speak with kids about water. Many of the facts about our daily water use are genuinely surprising and it’s great to see kids engaging with the topic and coming up with their own solutions. Sometimes their ideas are better than the adults’! I also enjoy being able to reach new people through my running story – people who might not otherwise be drawn to talk about our planetary freshwater supply!

What unique experiences have you had as a result of your profession?

I’m Australian but I’m a long-time resident of China and I have developed a real affinity for the country and for its people. Starting Thirst in China gave me incredible opportunities to work with students, businesses and government agencies across the country and it has been a fascinating experience. When I started running ultra-marathon expeditions around the world in 2016, it opened up a whole new world for me, and gave me an opportunity to bring China’s story to other countries. Now, running lets me meet so many people living with water scarcity around the world, and to see life through their eyes. Telling their stories to business and government leaders is what motivates me to keep running.

What types of results do clients experience after your programmes & keynotes?

I went to speak at the HQ of a major global brand recently and I had grown men and women with tears in their eyes, hugging me! When I’m lucky enough to connect with people on the issues I care about, I know that they can find the experience transformational. I believe I’m able to speak to people on two levels.

Firstly, as an endurance runner I work to inspire people to take on challenges in their lives that might seem impossible. I don’t consider myself to be an elite athlete but I’ve worked hard to become a runner in pursuit of an issue I care deeply about – water – and now I can run a marathon a day for extended periods of time.

Secondly, the story of our unfolding water crisis as a planet is deeply disturbing, but also inspirational because of the wave of human ingenuity it has unleashed around the world. My job is to bring those human stories home, and tell them to new people in a way that changes their perspectives.