Spot-on funny insights into the jungle of British politics 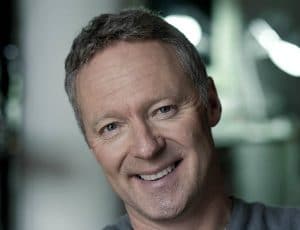 Impressionist, comedian and actor best known for his nearly twenty years as a mainstay of Channel 4’s comedy output

Request fees and availability
Our Keynote Speaker Rory Bremner is a Scottish comedian and impressionist whose political satire and spot-on impressions of British public figures have made him one of the UK's most in-demand corporate cabaret and after dinner performers.

Rory Bremner is a British impressionist, comedian, satirist, translator, columnist, writer, presenter, ballroom dancer, and actor. According to himself, he is either multi-talented or indecisive…or both.

Born in Edinburgh in 1961 and educated at Wellington College and King’s College London, (BA Hons, French and German), Rory Bremner is perhaps best known for his nearly twenty years as a mainstay of Channel 4’s comedy output, including his writing and starring in the political satire show Bremner, Bird and Fortune. He won BAFTAs for Top Comedy Performance in 1995 and 1996, together with three Royal Television Society and two British Comedy Awards.

His breakthrough TV appearance was on Wogan in 1985, following which he got his own series on the BBC which ran from 1986 to 1991. He has since regularly guested on Britain’s top comedy shows on radio and TV, including Spitting Image, Whose Line is it Anyway, Mock the Week (on which he was team captain for two series), The News Quiz, The Now Show, 7 day Sunday and QI. He holds the record of most appearances on Britain’s most popular talk shows, Wogan and Parkinson. He often guests on The Andrew Marr Show where he reviews current political events through his many characters.

Never one to duck a challenge, in 2011 Rory competed on Strictly Come Dancing. He made his theatrical debut in June 2013 in Trevor Nunn’s production of Noel Coward’s Relative Values at the Theatre Royal Bath prior to a West End run at the Pinter Theatre. Rory’s most recent TV credits include the return of Rory Bremner’s Coalition Report after 20 years. He tackled the 2015 British general election with three side-splitting episodes, taking on the many faces of politics in a satirical and theatrical report alongside a long list of other well-known comedians.

Rory Bremner has co-written and presented two satirical Radio 4 series,Tonight and Bremner’s One Question Quiz, toured the country recording Rory Bremner’s Great British Views for ITV, hosted the quiz-show Face the Clock for Channel 4, and written and presented a documentary on Scottish Independence, Rory Goes to Holyrood for the BBC. He has also presented documentaries on Scottish Soldiers and Diaries for BBC4, traced his family history on Who Do You Think You Are (BBC), and explored his own self-diagnosed ADHD on Radio 4. With John Bird and John Fortune, he also wrote and appeared in numerous specials, including Between Iraq and a Hard Place, My Government and I and Silly Money, and a book, You Are Here, published in 2005. He is a regular contributor to The Financial Times, The Telegraph, The New Statesman and Radio Times.

Widely regarded as one of the UK’s greatest political impressionists, Rory Bremner continues to be in great demand for corporate cabaret and awards ceremonies. With his unique take on current affairs, he is the ideal after-dinner performer, providing laughs and spot-on funny insights into the jungle of British politics. 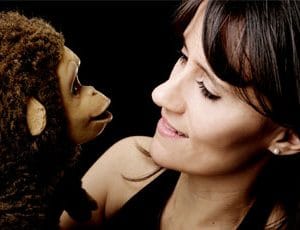 Our Keynote Speaker Alexander Armstrong is a real entertainment all-rounder. Probably best known for being one half of the comedy duo Armstrong and Miller, Alexander is not only a world-class comedian, but also an actor, quiz show host, singer,...