Learn how to lead, motivate and engage with your team 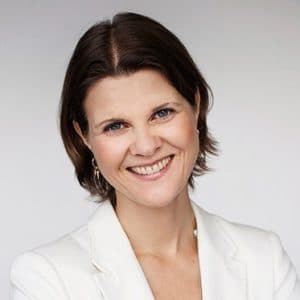 Why you should book speaker Susanne Madsen

In 2008, keynote speaker Susanne Madsen had a bit of an epiphany. She had experienced the power of coaching and discovered what a difference she was able to make in her work by knowing how to empower and motivate her teams. She also realized that project managers need better leadership. There is a natural ability for project managers
to focus on tasks and processes, but many lack the ability to lead and engage with their teams. Susanne made it her goal to help businesses around the world create better leaders and thereby reach goals with high-performance employees and motivated teams!

As a speaker Susanne Madsen has been called engaging, practical and thought-provoking. She offers keynotes, workshops, coaching and consulting, and she always brings the newest knowledge and keeps up-to-date on important topics.

The Power of Project Leadership: How to drive organizational strategy by focusing on vision, collaboration and innovation

How to deal with Stress and Avoid Burnout: Lean to increase your resilience and operate within your zone of peak performance

In light of a fast moving economy and growing competition more organisations are relying on a project-based model to deliver value to the business. Large sums of money are being invested in project management frameworks and in aligning project deliverables with organisational strategy. But the most important success factor is the formation of a great project team. An empowered and inspired team, that feels psychologically safe, has the potential to come up with new and innovative solutions that meet the needs of their clients and move the organisation forward.

Creating an inspired and motivated project team isn’t as obvious as we may think, although we instinctively know what it looks like. Consider for a moment the most successful team you have been part of or that you know of. How did the team members communicate with one another? What was the feeling you had when you interacted with the team? Did the team members make you feel accepted and trusted and did they listen to your ideas?

In high performing teams everybody speaks in roughly the same amount

Massachusetts Institute of Technology (MIT) and Google have gone to great lengths to identify the factors that contribute to a team’s performance. Their studies show that high performance is closely correlated to a team’s communication patterns and whether all team members actively contribute to making decisions and moving the project forward. They found that high performing teams seem to spend a lot of time communicating face-to-face or via videoconference. Emailing, texting and speaking on large conference calls were found to be a lot less effective and led to poorer performance.

The researchers also found that in high performing teams everybody appeared to speak roughly the same amount. Team members didn’t just communicate through the team leader and there weren’t pockets of people who weren’t involved. This means that when leading a team where only three out of five team members are actively contributing to discussions, the manager must spend time activating the last two people.

What’s really interesting is that Google’s studies show that equal communication and contribution happens when the project leader is able to create an environment where team members feel safe enough to contribute. In teams where some members are allowed to dominate discussions or where the team leader is too controlling or judging, many members simply don’t come forward with their views and ideas out of fear of being dismissed.

Project Leaders need to have a high level of social sensitivity

The key is for project leaders to take on the role of a facilitator and thereby moderate the team’s discussions in such a way that the members feel that it’s safe to come forward and share what’s on their mind. Leaders can do that by explicitly asking the more reserved team members what their views are and by recognizing their contributions during meetings. At the end of a meeting for instance, they can let each person summarise their views to make sure that everyone has contributed. Team leaders need to have a high level of social sensitivity and emotional intelligence to do this, as moderating a meeting and making people feel safe is all about listening, empathising and knowing how to make people feel that they belong in the group.

We sometimes think of great leaders as people who come up with novel ideas and push them through the organisation. But leaders who perceive themselves as strong, decisive and fast moving don’t always realise that they cut off the team in the process because they are not sufficiently inclusive. High performance happens when all team members play along. This requires the leader to slow down and take the council of all members instead of rushing to implement a decision, which only a few contributed to.

Leaders can set a good example and become advocates for trust and respect by sharing something personal and showing their vulnerability. This could be a time in the past when they made a wrong decision, failed at implementing a project or made a faux pas with the client. What they will find is that they begin to create what psychologists refer to as psychological safety – a sense of confidence that the team will not embarrass, reject or punish someone for speaking up or for sharing something sensitive.

When psychological safety is present, people feel free to share what’s on their mind – whether it’s a bright new idea or a tough personal challenge. They are able to talk about what is messy and have difficult conversations with colleagues who have different opinions. And this is when high performance can occur. Because when people feel psychologically safe, they bring their entire personality to work where they contribute with all that they have without fear that they will be judged or criticized.

To all of you who are involved in strategic projects, be mindful of how you come across to the team. Reduce your levels of control and judgment, and replace it with vulnerability, empathy and sensitivity.

In 2012, shortly after I had published my first book, I went to Zambia to visit a good friend of mine. She had relocated to Africa with her family and was involved in setting up a new masters degree at the local university. She was looking to inject some new energy into the faculty and said, “You have just published a book. Can’t you do a talk on it for our students and staff?”

I was a bit apprehensive but also flattered. I ended up talking about the journey of developing into a leader, and enjoyed every part of it from the connection with the audience to their encouraging feedback. From that moment on I was hooked and decided to actively develop my public speaking skills.

What leadership qualities do you most admire and why?

The more I study and observe what good leadership looks like, the more in awe I am when I see someone display those qualities. Being a good leader is no small feat, as it requires the combination of a range of opposing qualities. The quality I admire the most is probably when I meet somebody who understands how to combine both yin and yang. Yin symbolises the supportive side of leadership and yang the challenging side.

Leaders must embody both aspects as employees and team members have a need to be stretched and supported in order to thrive. Using yin and yang at the same time is a challenge for many as we tend to over-emphasize one aspect as the expense of the other. The leaders I admire are those who can be kind and firm at the same time. Those who have warmth as well as strength. We could call them for Peaceful Warriors.

That’s a good question! I have had a lot of interesting experiences around the world that are all valuable in their own right – including a time when the fire alarm went off in the middle of my speech! A moment that stands out from a recent engagement is when I spoke in Dubai and had the pleasure of connecting with a large Middle Eastern audience. When I went to the female restrooms afterwards I was surrounded by Muslim women who praised my talk and who were keen to exchange business cards. It was a very amusing and surprising moment.

Another experience that was deeply meaningful, was the amazing connection I had with the audience in Budapest when I talked about the impact of stress. I told them my own story about how I almost faced burnout and really struck a chord with those listening. Many said that my story resonated deeply and that either themselves or a close family member had been close to burnout. Stress is widespread in today’s workplace and being able to help people overcome it is a deeply meaningful.

I wake up most days with an abundance of energy and the desire to help people overcome their barriers. This could be helping somebody have a difficult conversation, build a great team, make better use of their talent, be more authentic and avoid burnout. Making a difference in other people’s lives is what motivates me. It’s incredibly inspiring to listen to my clients’ stories and to see them gain clarity and go on to make the changes in their lives that they dream of. In other words, my inspiration comes from the people I interact with on a daily basis.

I often speak at conferences where the organisers need someone to energise and motivate the audience to think differently about how to lead projects, how to build a team, and how to handle stress and difficult situations. I also get hired by companies who feel that staff isn’t collaborating, taking personal responsibility or stepping into the leadership role. My talks are often described as thought provoking, practical and inspirational. Many of my clients also value the fact that my keynotes can be accompanied with in-depth master classes or one-2-one coaching.

What are your biggest goals in your life/career currently?

I have just handed in the manuscript for the second edition of my book “The Power of Project Leadership”. It’s a huge honour to be able to update my written work so that has taken up a lot of my time this year.

On a more personal note I’m on a quest to bring more mindful moments into my day. I coach, train and speak with many people who have a busy, stressed and non-centered mind. Understanding and using mindfulness will help me to better advice my clients, whist also bringing many benefits to my own life. 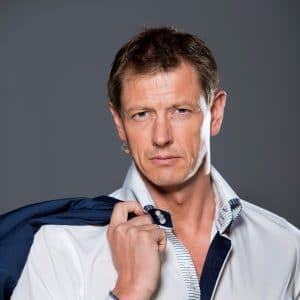 An expert in human behaviour, leadership and motivation, speaker Peter Sage brings valuable knowledge and amazing energy to his audiences across the world. Peter is a well-known public speaker and serial entrepreneur who inspires and motivates... 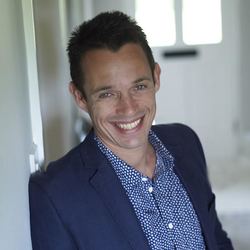 Speaker Charlie Cannon has worked and coached at the interface of leadership, performance and wellbeing for almost 2 decades. Coaching leaders - from some of the most well known brands in the world - to become more resilient and...