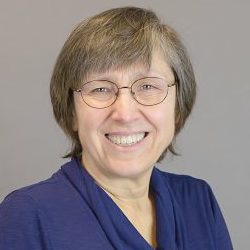 Inspiring educator, entrepreneur and nurse practitioner giving keynotes on how to overcome obstacles

Request fees and availability
Keynote speaker Teresa Marshall seems destined to care for others. Her background as a firefighter, police officer and nurse has taught her how to overcome obstacles and work together with all kinds of people to truly make a difference. Her passion for helping others is infectious and so is the wisdom in her stories from her many years as a nurse practitioner.

Born the daughter of a firefighter and a childcare director, Teresa Marshall seemed destined from the start to care deeply for the well-being of others. She discovered her love of medicine and her calling when she worked as a medical assistant at a family practice residency. Her journey to medicine included 7 years of community service as the first and only female firefighter at a local fire department and also a stint as a police officer!

Teresa Marshall’s passion and interest for medicine then led her to an undergraduate nursing program at Tacoma Community College, where she currently teaches as a nursing instructor. Nurse Marshall also went on to earn her Master’s Degree in Nursing and Family Practice Certificate from Gonzaga University.

Heartwarming speaker Teresa Marshall loves practicing medicine as a family nurse practitioner and has cared for patients in east Pierce County since 2008. For eight years she actually owned and operated a solo practice in rural Washington state.

Driven by a love of helping others but also a passion for learning about other cultures, speaker Teresa Marshall has designed a study abroad nursing course to develop cultural competence in students. Leading mission teams to Haiti six years in a row, Teresa Marshall partners with her church to provide a combination of medical and construction teams to teach the Haitians job skills to support their families. Additionally, their work supports orphanages there by encouraging them to become independent and serve their own people.

Teresa is highly respected for her skills as a nurse, she was even selected as a top nurse in Tacoma by the International Nurses Association. She has presented her insights at several global nursing education conferences.

As a skilled educator and passionate speaker Teresa Marshall gets her message across clearly and in an engaging way. Just like when she speaks to a patient, Teresa uses explanations and terms which are easy for her clients to understand whenever she gives her keynote talks. Book Teresa for a moving and educational talk from an experienced nurse practitioner. She will encourage you to think outside the box and consider the entire patient, not just their disease process.

Keynote speaker Teresa Marshall leaves her audiences with a new perspective on:

Her passion empowers others, particularly nurses from all nations, to change their world and broaden their thinking. The audience will see how their life experiences will and should improve them individually and the world they live in.

How did you become a nurse?

I knew when I graduated from high school that I wanted to be a nurse, but I took quite an interesting route to reach that destination!

When I graduated from high school I was in love with a boy that I wanted to marry. My mother had always told me to have my schooling completed before I got married because the chances of going to school while I was married were minimal. When I found out there was a two year waiting list for a nursing program (perhaps that was my mother’s underhanded way to discourage me being married at 19 years old) I decided to become a medical assistant as that was only a 9 month course.

After my first clinical rotation I knew medicine was my passion. I worked in a family practice residency program in Spokane as an MA for twelve years. The residents would tell me to try to become a physician’s assistant (PA) because they thought I was that good. I couldn’t get into the program to become a PA so I decided to pursue EMT which meant I either had to work for a fire department or an ambulance service.

Eventually I took a civil service test for the police department. I worked as a police officer for 7 years and worked up to detective. During that year as a detective I got assaulted interrupting a car burglary and got beat up rather bad. That was the year that I turned 40. I decided I never wanted to be beat up again so I quit the department and finally applied to nursing school!

I then pursued my advanced degree as a nurse practitioner and in my opinion got to the same result as a PA only better, because in the State of Washington I can practice independent of any M.D. oversight.

What effects do cultural differences have on our healthcare?

Culture has many unseen effects on healthcare and the healthcare delivery systems. In fact, that is a course that I am currently constructing for nursing students to explore. Culture is a collection of values and beliefs that people hold and effects every aspect of our lives including how we view healthcare or lack of it.

The hard part is when you have different cultures attempting to use the same healthcare system then conflict arises among stakeholders. Even how individuals view healthcare has a profound effect on everyone involved. For example, if I believe that not taking care of my diabetes doesn’t hurt anyone else and I become an invalid or get put into the hospital and can’t take care of myself, who is going to foot the bill. Currently in the USA the population carries that burden, so my false belief that it does not effect others can be detrimental to the entire system.

Do you have any favourite memories from your career?

I was working in an assisted living and there was a man there who was over 90 years old. One day he told the staff that he was ready to die and he refused to get out of bed. Now this man was one who the day I went for an interview he met me at the door with a big smile and welcomed me to the facility. Every morning when I came to work he would be sitting in the common area and have a ready smile. It made my day to see him every morning.

I went to his room where he was lying in bed (now mind you he was not sick in any way). I asked him what the problem was and he told me he was too old to live. Everyone he loved had died and he was ready to die. I reminded him of another client in the facility who had dementia. She could not carry on a conversation at all with anyone due to her dementia. She has worked as a nurse for many years so every morning as soon as her feet hit the floor she was off and running. She would walk the halls all day long. Even though she could not carry on a conversation she was present in the building.

Eventually she got so demented that she was getting hurt tripping over wheelchairs and people. She had to be moved to a smaller facility where she would be safer. When she left the building family member after family member of the other residents would ask about her. I said, “Do you know what I learned from her? No matter what our presence does, make a difference to people. She could not converse but people missed her when she was gone.

Do you know what I love about my job here? I love that every morning I see your smiling face out front as I come in. You make a difference in my life by your presence.” He thought for a moment, and then he got up out of bed. I never heard him say that he was too old live again.

My strong belief that God has guided my steps and has many adventures for me.

Helping people see a different side of the story or educating them on something they did not know gives me great joy. I love to encourage people to critically think about things and not just accept them as truth. Sharing my experiences helps me know that the struggles I have had were not in vain if they help someone else avoid the mistakes or pitfalls I have encountered. I love opening people’s eyes to the world around them and that all our life experiences can and should be used to improve our lives and the lives of others.

Among many other subjects, you speak on provider burnout. Could you tell us more about this?

Clearly I have had many jobs and some of them had the potential for more burnout than others. When I have experienced the beginning of burnout I have had to look at why I am feeling burned out. Then I have to analyze how I can minimize or eliminate its effects. I do believe there are some common reasons for burn out and certainly some basic ways to take care of it.

However, I have also found that there are different ways that people deal with it, some healthy and some not so healthy. Nurses particularly have worked hard and long for their jobs. It is not easy to complete nursing school successfully. Therefore, I feel that it is important that we give anyone who is feeling burned out the tools to deal with it without ending their careers or stealing their joy. Many times it is a matter of just changing your priorities that can help eliminate burnout. 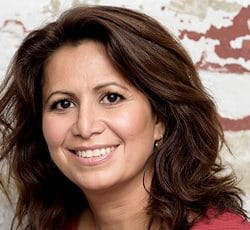 An inspiring speaker and author using her own experience as a politician, political debater and former nurse

Keynote speaker Özlem Cekic is highly sought-after for her insights into integration of immigrants and diversity in the workplace. She rose from humble beginnings to become a nurse, politician and well-known debater. Now a keynote speaker Özlem...