Discover the power of truth in corporate strategies 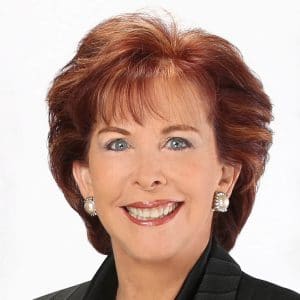 Request fees and availability
Keynote speaker Terry Savage is a highly recognized journalist, author and expert on personal finance. She understands different audiences and knows how to reach out to people. Her charismatic but straightforward attitude makes her a popular TV guest and corporate advisor.

Terry Savage’s career began in the world of financial markets. After she graduated the University of Michigan as a Phi Beta Kappa graduate, she started to work as a stockbroker. She has experienced and lived the world’s financial markets.

Terry Savage was a founding member and the first woman of the Chicago Board Options Exchange. Later on, she served on the board of directors in several Fortune 500 companies. She writes a twice-weekly personal finance column and blogs regularly on the Huffington Post. Terry is seen frequently as a money expert on CNN, and other national television and radio programs. Terry is the author of four best-selling books on personal finance.

Terry Savage is a passionate economist and speaker, who understands what the markets say about the future of economy. She has the ability to transmit her knowledge to diverse audiences.

Years of experience in the financial world enable Terry Savage to be able to create tailored keynotes for clients and even individual long-term strategies, if needed. She for example regularly works as a strategic advisor on corporate retirement plans and is very used to dealing with issues in a corporate environment. She includes industry specific references, and up-to-the minute topics to both entertain and inform.

As an experienced consultant and speaker Terry manages to build a bridge of understanding between bosses and employees. The core message she delivers in all of her keynotes is the Savage truth. Terry is convinced that even though circumstances in finance and markets change constantly the truth is always the best strategy to get by. She wants to educate her attendees without preaching to them.